Some people prepare for trips by researching facts and reserving accommodations. I prepare for them by watching movies. I hope that, in some mystical way, the film will help me better understand the culture of the place I’m about to visit.

This explains why the night before my husband and I leave for Louisiana, with my suitcase still not packed, I’m watching Steel Magnolias.

It was written by native son Bobby Harling, depicts local events, and was filmed there, thus showing the society as well as the scenery. For millions of fans, Natchitoches represents the archetypical Southern community.

More important, the film pumped money into the town’s economy. State officials took note, and today Louisiana is one of the major film-producing areas in the world. Indeed, it is often called “Hollywood South.”

Thus my husband and I embark on a road trip through Louisiana that takes us to places where many of these motion pictures were filmed.

We begin in New Orleans, hopping aboard a 10-passenger van that’s outfitted with video screens in front of each seat.

I look out the window to see a pink building with a green balcony, and then switch my eyes to the video screen to see Elvis standing on that very balcony as he croons the opening song of his 1958 hit movie, King Creole.

In short order, we see the French Market, where Clint Eastwood filmed Tight Rope; Frenchmen Street, where Jean-Claude Van Damme had a shoot-out scene in Hard Target; and the cemetery where Peter Fonda rendezvoused with his dead mother in Easy Rider.

Jonathan Rae, owner of New Orleans Movie Tours, hands out bags of popcorn, and we munch away as we drive through the Garden District, where the real stars are the grand old houses.

Scenes were filmed in virtually every room of the house that was used as a retirement center in The Curious Case of Benjamin Button, possibly giving it more on-screen time than the star-of-record, Brad Pitt.

Finally, we drive down a street in the Central Business District, which often is used to represent Chicago in one movie, Dallas or New York in another.

Like French director Jean-Luc Godard said, “Cinema is the most beautiful fraud in the world.”

Of the hundreds of movies that have been filmed in Louisiana, only one has won the film industry’s big prize, the Oscar for Best Picture.

That’s 12 Years a Slave, which was filmed on 11 Louisiana sites: five in New Orleans and six on various Louisiana plantations.

We stop first at the closest of these, Destrehan, located on the Great River Road that runs 70 miles between New Orleans and Baton Rouge.

There we see the grand eight-columned main house, the slave quarters, and many of the outbuildings, including the mule shed that was used in the film to represent the gin house.

But it’s at Oak Alley, where films such as Hush, Hush Sweet Charlotte and Interview with a Vampire were made, that I feel as if I’m living on a movie set.

There’s the stately plantation home filled with elegant antiques, six reconstructed slave quarters, and Oak Alley Plantation, with its quarter mile of 300-year-old trees that frame the house so perfectly as to please the soul of the pickiest cinematographer.

The most opulent plantation is Houmas House, home to a museum-quality collection of art, magnificent gardens, and an award-winning restaurant. It’s mostly used as an entertainment venue and wedding site, which made it the perfect place to film ABC’s Revenge of the Bridesmaids.

En route to Shreveport, the northwest hub of Louisiana’s film industry, we stop in Baton Rouge, the film site of Showing Roots, starring Elizabeth McGovern and Cicely Tyson. Like Steel Magnolias, Roots celebrates life in a small Southern town, one where community — and beauty parlors — are a fact of life.

But it’s in Shreveport where we see the true magic of the film industry, for while New Orleans can turn its business district into a generic downtown, Shreveport has doubled for the North Pole, the Bering Sea, and even the Biblical City of Sodom.

Before ending our star-studded Louisiana tour, we make our way to Natchitoches. The houses that were used in the film are private homes, and the people strolling down Front Street don’t have the dazzling smile of Magnolias star Julia Roberts. But the atmosphere still resonates.

I ask a resident what it’s like to live in Natchitoches.

“Have you seen Steel Magnolias?” she asks. “That’s what it’s like. We’re a small Southern community.”

Sometimes it really is a good idea to prepare for a trip by watching a movie. 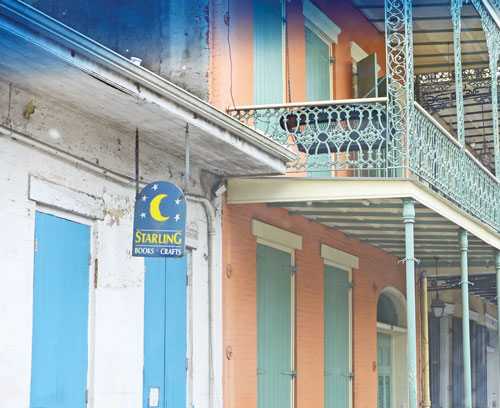 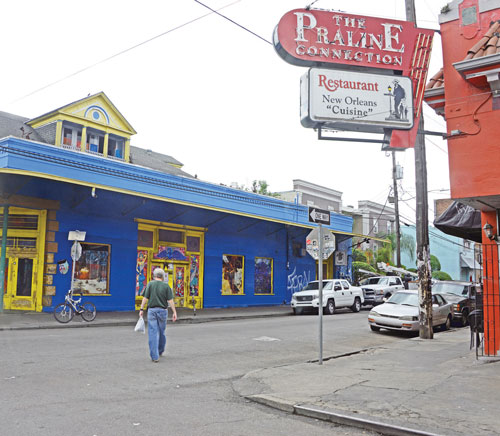 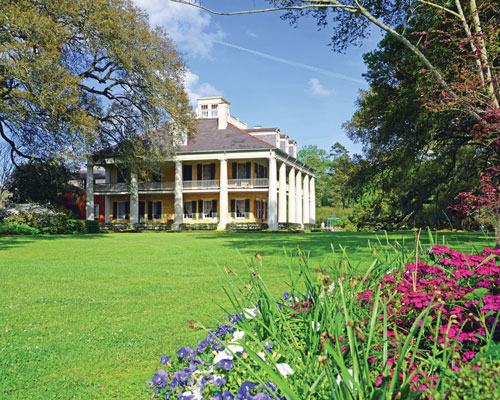 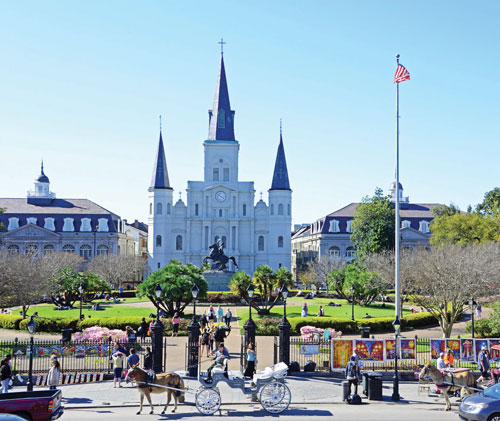