One minute I'm outside the American Visionary Art Museum, gazing at a 55-foot-tall whirligig. It spins, it whirls, it catches light and splatters it onto a nearby wall covered with fragments of mirror and tile.

Inside the museum there’s a giant “Bra Ball,” created from the bras of nearly 2,000 breast cancer survivors.

As you can tell, the AVAM is an extremely unusual place, one that celebrates the intuition and ingenuity of self-taught artists.

A few hours later I’m at the Baltimore Museum of Art, reveling in the bright colors and exuberant style of paintings by French artist Henri Matisse. In addition to an internationally acclaimed collection of art, the BMA is the proud owner of the world’s largest holding of Matisse paintings.

Finally, I find myself in front of the Flag House and Star-Spangled Banner Museum, staring at a giant glass replica of the banner that inspired our national anthem. Behind it is the home of the woman who stitched the original flag, now a National Historic Landmark.

Here, an overview of three truly unique museums, none of which would exist were it not for the passion and dedication of some extraordinary folks.

It took Rebecca Hoffberger 10 years to open a museum honoring “outsider art,” a term that’s often used by those on the inside to describe works they don’t understand.

This is art that owes nothing to tradition (as does folk art) and little to the surrounding environment (as does most art). Rather it seems to burst forth from the creator’s soul — thoroughly original, often quixotic or quirky. In short, visionary.

Most works — like the haunting figure carved by a tuberculosis patient — are accompanied by a story, bringing voice to the oft-anonymous and usually uncelebrated artist. Some elicit tears, other bring laughs, all provoke thought.

Today the museum, which has been designated America’s “official national education center, repository, and museum for self-taught, intuitive artistry,” is spread over more than an acre that contains three buildings as well as several outdoor exhibition areas.

Yet despite its newfound respectability, it is, says Hoffberger, “a most un-museumy place” — and this is just the way she likes it. www.avam.org


The Sisters’ Fervor: The Baltimore Museum of Art

The building that houses the BMA is replete with a portico and classical Greek columns, just the sort of place where you’d expect to find 90,000 pieces of art and artifacts that span continents as well as centuries.

But it’s the Cone collection that has brought worldwide fame to the museum. Claribel and Etta Cone were Golden Girls from the Gilded Age, rich socialites with an eye for art and the money to indulge.

They traveled the world, and their “souvenirs” were works by some of the greatest late 19th- and early 20th-century artists, from Matisse and Picasso to Cézanne, Gauguin, and van Gogh.

Over the years, their collection reached approximately 3,000 objects, and in 1949 it was donated to the BMA, a gift that catapulted the already excellent museum to even higher levels.

There’s no way we can see everything at the BMA in one visit. We feast on the works of Matisse and then go outside to the sculpture gardens, where more than 30 works by acclaimed artists, such as Auguste Rodin and Alexander Calder, are spread across nearly 3 acres. www.artbma.org


The Patriots’ Passion: The Flag House and Star-Spangled Banner Museum

When, during the War of 1812, Commander George Armistead asked seamstress Mary Pickersgill to create a flag to fly above Baltimore’s Fort McHenry, she may have gulped, but she didn’t hesitate.

As the British pummeled the fort during the Battle of Baltimore, a young lawyer named Francis Scott Key watched from aboard a small ship. The following morning, “in the dawn’s early light,” he saw the giant flag and knew that Baltimore was safe.

Thus inspired, he wrote the poem that later became the national anthem of the United States, and the giant flag that Mary Pickersgill and her helpers had made became known as the Star-Spangled Banner.

We visit Pickersgill’s home and the adjacent Flag Museum. The museum is filled with exhibits relating to the War of 1812, but it’s Pickersgill’s home — restored with period furniture — that gives me a tingly feeling. This is where history was made, one stitch at a time. www.flaghouse.org 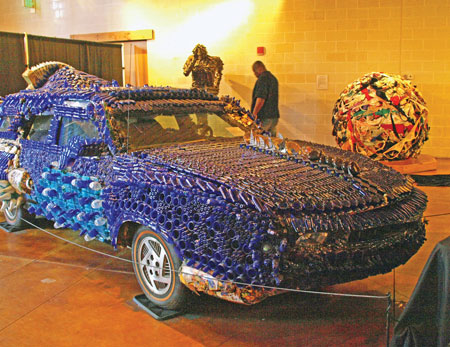 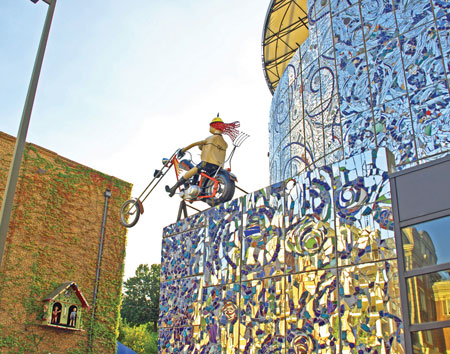 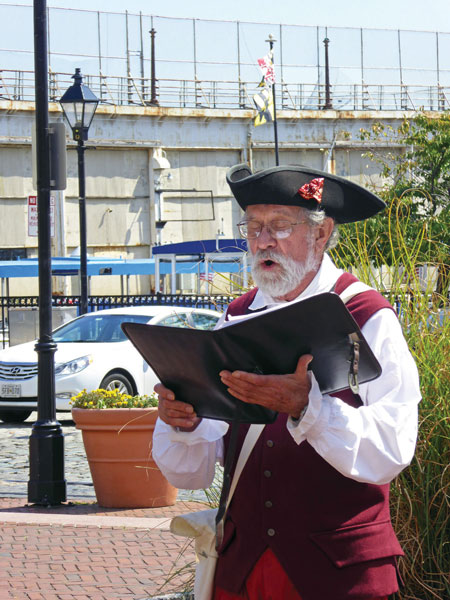 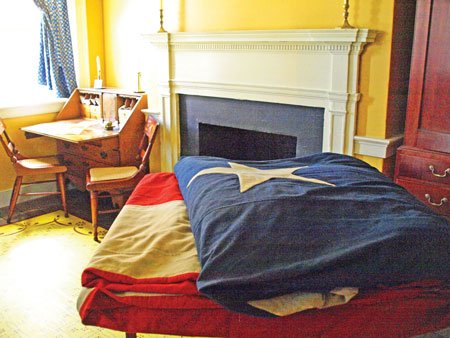