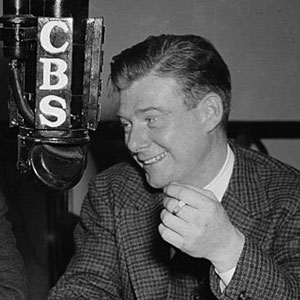 In my parents’ house, radio was the preferred medium for news and entertainment. Evenings we listened to radio programs from powerful AM radio stations across the Midwest and Southeast.

While my high school classmates watched meaningless TV situation comedies, I listened to stimulating talk and entertainment programs on the radio.

Famed radio host Arthur Godfrey (1903-1983) was a major personality on CBS radio. Godfrey’s program, Arthur Godfrey Time, was a blend of celebrity interviews, music, and Godfrey charm. The program began in the 1940s. CBS ended it in 1972.

CBS broadcast Arthur Godfrey Time on weekday mornings. I discovered the rebroadcast of the show on weekday evenings over a CBS station in New Orleans.

Godfrey, nicknamed The Old Redhead, was also a magnificent salesman. On his radio show, he sold everything from cigarettes to tea, to prunes, to automobiles.

On his serious side, Godfrey discussed environmental issues, animal welfare, and health.

I found Arthur Godfrey Time to be an entertaining and educational program. I listened to the famous redhead radio host weeknights as I studied.

Amidst the education, Godfrey occasionally spoke solo with ukulele and, at times, with his small CBS studio orchestra. He spoke joke songs, like “Too Fat Polka.” He spoke sentimental songs, like “What is a Boy” and “What is a Girl.”

Godfrey’s guests included singers, authors, and personalities. One guest was jazz singer Ethel Ennis (1932-2019), a former singer with Duke Ellington’s orchestra. Thanks to Godfrey, Ennis was my introduction to jazz.  I also gained an appreciation for Ellington (1899-1974).

Many years later, I went to a jazz club to hear Ennis perform. I arrived early and struck up a conversation with a man at the club’s bar. I told him of hearing Ethel Ennis on Arthur Godfrey Time years ago while in high school.

I followed him to the singer’s dressing room. Ennis was applying her makeup when I entered. The mirror was outlined with light bulbs just like in the movies. Her husband told her my story.

“Sit down and let’s talk,” Ennis said with a smile.

We had a warm, preshow chat about jazz, radio, and Arthur Godfrey Time.

“That was a long time ago,” she said with a smile.

As she recalled fond memories of Godfrey, I recalled my fond radio memories. She signed a CD as a gift for me.

Ethel Ennis gave a fine performance that night. The audience gave her a great ovation.

Radio is a great medium on National Radio Day and throughout the year.

James Patterson is a Washington, D.C.-based writer and speaker.