Sammy Davis Jr. couldn’t imagine singing lyrics that included such cloying phrases as “groovy lemon pies.” But Davis was being pressured to record “The Candy Man” by both his manager and Mike Curb, the 26-year-old hotshot president of MGM Records.

Curb was convinced the song had “hit” written all over it — but only if done by Davis. Before he approached the legendary vocalist, Curb recruited his 16-member recording group — the Mike Curb Congregation — to tape a childlike background for “The Candy Man.”

As a member of the legendary Rat Pack, Davis had earned celebrity by performing for sophisticated adult audiences. Was he willing to risk his reputation now by recording a featherweight kiddie ditty?

In Dahl’s novel, the main character is Charlie Bucket, who, along with four other juveniles, visits a candy factory owned by the eccentric chocolatier Willie Wonka (played to perfection by Gene Wilder).

British entertainment partners Anthony Newley and Leslie Bricusse had created the music for the film’s soundtrack. The first tune heard is “The Candy Man.” 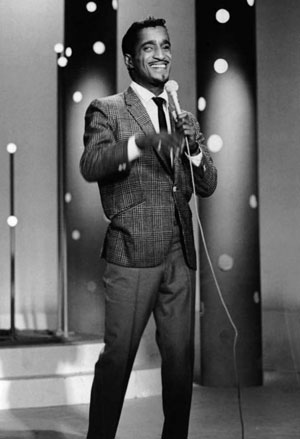 Who can take a sunrise, sprinkle it with dew

Cover it with chocolate and a miracle or two?

The Candy Man can ’cause he mixes it with love

And makes the world taste good

Woods did a serviceable job on the tune, but Newley hated the rather stiff rendition and felt that Woods’s version could easily doom a potential hit single. Newley decided to record his own interpretation, but Mike Curb got the jump on him.

Eventually, Davis capitulated, still fearing this could become a regrettable decision. Focused on a forthcoming trip to Vietnam to entertain the troops, he hurried through “The Candy Man” in two takes.

When he listened to the playback in the recording studio, Davis moaned, “This record is going straight into the toilet, and it may just pull my whole career down with it.”

To his amazement (but not Curb’s), the single caught the nation’s ear when music fans of all ages embraced the joy that Davis offered here. “The Candy Man” shot to No. 1 on Billboard’s chart and even earned a Grammy nomination.

In time, the 45 topped playlists worldwide.

“There are lots of regional hits, but rarely does a record become an international hit,” Davis explained later, probably with a smile and perhaps a slight feeling of guilt. “With a 5% royalty, I made half a million dollars.”

Who can take tomorrow, dip it in a dream

Separate the sorrow and collect up all the cream?