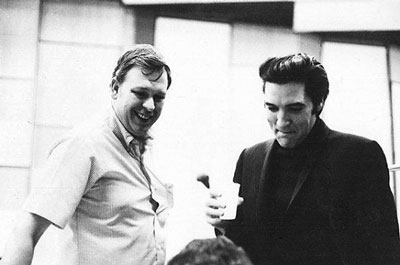 Have you ever heard of musician Billy Strange?

Born William Everett Strange in 1930 in Long Beach, California, he became an in-demand session guitarist/arranger in Hollywood and recorded with such top-drawer artists as Elvis Presley, the Beach Boys, Cher, and Nancy Sinatra.

One afternoon in the early ’60s, Strange received a huge royalty check for a throwaway ditty he had created previously on a whim. He felt certain that a mistake had been made and called the issuing office.

That’s when he was told, “Mr. Strange, the money is all yours.”

His quirky tale began at an all-night Hollywood diner, where he and a musician pal gulped black coffee in attempts to become sober enough to drive home.

Eventually, they climbed into their car and cautiously motored off. Fighting to stay awake, Strange twirled the car radio dial for a while before settling on a local country station that was playing a tune that he detested.

“Man, I can write a song better than that in five minutes,” he boasted with a slur. That’s when his equally inebriated companion slapped a hundred-dollar bill on the seat between them and said, “OK, Billy, you’re on!”

With a chortle, Strange reached into the car’s backseat for a blank score pad, which he used to sketch out arrangements for his session-musician work. He quickly came up with a catchy song that he laughingly dubbed “Monotonous Melody.”

He then sang it, tossed the pad back, and — unchallenged — stuck the money into his pocket.

A few weeks later, Strange found himself at work in a recording studio. A friend there, a music composer named Basil “Buzz” Adlam, had just started a small-time music company and announced he was on the lookout for some fresh material to record.

“Buzz, you know, I might have one,” Strange responded half-seriously as he recalled his silly “Monotonous Melody” tune.

Strange and some other session pals tried a few different tempos and styles before settling on a calypso approach to the foolish work. By the time the musicians had repeatedly sung “What a monotonous melody,” they were all in hysterics.

After hearing the playback tape, Strange himself admitted, “That’s just about the dumbest thing I’ve ever heard.”

A few weeks later, Strange got a phone call from Dave Burgess, who led the instrumental group the Champs (of “Tequila” fame). Burgess wanted to put “Monotonous Melody” out as the next Champs 45, but with a title change.

Strange didn’t care, saying, “It never really had a name anyway.” Only later did the musician find his tune became a Top 40 instrumental under the name “Limbo Rock.” (Dancing under a limbo bar was a popular party activity back then.)

Then Chubby Checker’s manager, Jon Sheldon, phoned to ask permission to add lyrics to “Limbo Rock” and release it as hitmaker Checker’s next 45.