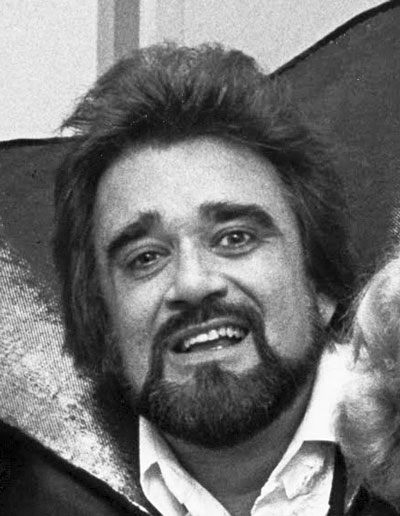 He couldn’t shapeshift into a wolf, and his real name wasn’t Jack. In fact, when he was born in 1938, Wolfman Jack was known back then simply as Bob Smith from Brooklyn.

Smith, who grew up entranced by radio personalities, wanted to “deejay” for a living. In doing so, he quickly realized that he would need a unique persona and style to make his mark in an overcrowded and competitive field.

Thus, he spent countless hours mimicking the patter of Black radio hosts who spun the day’s coolest discs while apparently having a blast on the air.

Brooklynite Bob started his career in the early 1960s when he signed on with WYOU-AM in Newport News, Virginia. Enchanted listeners became convinced that they were grooving with a Black hepcat by the name of “Daddy Jules.”

His next move took him to KCIJ-AM in Shreveport, Louisiana, where he called himself Big Smith with the Records. It was here that the horror-movie-loving personality created his Wolfman Jack character, which featured Black argot and rapid-fire, offbeat (and often racy) gobbledygook.

His nationwide popularity, though, wouldn’t transpire until he went to work for XERF-AM in northern Mexico.

At 250,000 powerful watts — five times the limit set in America — the just-over-the-Texas-border signal blasted throughout the southern American landscape each night, the Wolfman’s raspy delivery, eerie howls, and demented schtick were often fueled by unfiltered cigarettes and throat-searing whiskey.

His rapt listeners dug the day’s grooviest platters amid spiels for everything from diet pills (made of sugar) to religious tracts to medical “cures.”

In the studio, Wolfman was said to act every bit as “off the wall” as he sounded, his face contorting, his eyes bulging, and his hands waving as he howled and growled his way through each shift.

Returning to the States, he drifted from station to station for years. Along the way, many listeners found themselves wondering: Just what does this guy actually look like? (The Wolfman felt that not being seen added to his mystique.)

Eventually several Kansas City college students offered him enough serious cash for an in-person appearance. He reluctantly agreed, insisting that first his payment — all in $20 bills — be brought to his house via a Brinks truck.

Later, after he arrived at the designated venue in a limousine, he strolled onstage exhibiting prosthetic rubber cheeks, foot-long fingernails, a flowing cape, and oversized sunglasses. (He recalled later that he looked “real Neanderthal.”)

Wolfman Jack portrayed himself in the 1973 film American Graffiti, where millions of viewers could finally connect a face to the voice. His appearance in George Lucas’s movie led to Wolfman TV commercials for acne cream, bathing suits, stereos, and fast-food burgers.

By 1974, he was co-hosting NBC-TV’s rock-oriented Midnight Special; in that same year, “Clap for the Wolfman” gave Canadian rockers Guess Who their final Top 10 single.

He wrote his autobiography — Have Mercy: Confessions of the Original Rock and Roll Animal — shortly before dying of a heart attack in 1995.

The Wolfman was 57 years old.