During the seven years Jon Provost starred as little Timmy Martin in the CBS TV series Lassie from 1957 to 1964, several end-of-year Christmas episodes aired. Most still stand out in Provost’s mind for one reason.

“The crazy thing is we would be filming a Christmas episode during summer in Southern California, where it was 90 degrees,” said Provost from his home north of San Francisco.

“We were all bundled up like it was 30 degrees and just dying from the heat. But of course, you kept acting and did what had to be done for the episode.”

In the 1961 episode “Yochim’s Christmas,” where Timmy, Lassie, and a friend rescue a man trapped under an overturned sleigh, there was plenty of “snow” used for the scene.

“It was fake, of course,” explained Provost. “For snow on the ground, a machine almost like a firetruck was used to spray soap suds all over the hillside. We would have to shoot scenes before the suds turned back to liquid.

“Knowing that, if you go back and look at the episode again, you'll notice it’s not really behaving like real snow.”

A different technique was employed for scenes depicting snowing.

“They would use little shreds of white plastic dropped from above that would appear like snowflakes coming down or landing on our clothes. That was the magic of Hollywood before computer-generated images.”

A frequent guest at autograph shows and classic film/TV events, Provost says he still gets asked the same questions about Lassie.

“People have the perception that we had three or four dogs on the set at the same time to do different things, but that was not the case. Rudd Weatherwax, Lassie’s owner and trainer, would only allow one real Lassie on the set at a time, although Lassie did have a double that was used for long shots like running, climbing, or swimming.”

Provost worked with three different Lassies during his time on the show, and all were males rather than the females portrayed in the series.

Then there’s the running joke of Timmy falling down a well and being rescued by Lassie. It remains one of those Hollywood legends that just don’t seem to die, even after Provost penned his 2009 memoir with its tongue-in-cheek title Timmy’s in the Well: The Jon Provost Story, disproving the myth that his character ever disappeared down a well (see www.jonprovost.com).

“When I wrote my autobiography with my wife, Laurie, I looked through the synopsis of all 249 half-hour episode scripts, and there was no mention of Timmy ever falling into a well,” he said, adding its origin remains a mystery. “But that one will follow me forever!”

Although it’s been six decades since the series first aired in 1954, reruns of the adventures of Lassie and Timmy still air in dozens of countries, including in the U.S. on cable.

As for the Christmas episodes, stories typically tugged on viewers’ heartstrings, such as “The Christmas Story” from 1960, where Timmy helped a homeless family.

“People tell me all the time about growing up with Lassie and the warm feeling they still have about the show,” says Provost. “The stories had morals and values attached to all the episodes, which are lacking in today’s television. I think that’s the reason it has retained its appeal.” 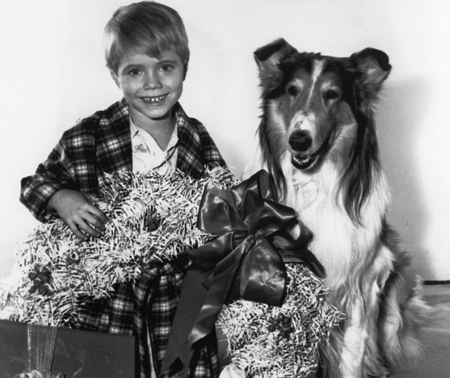 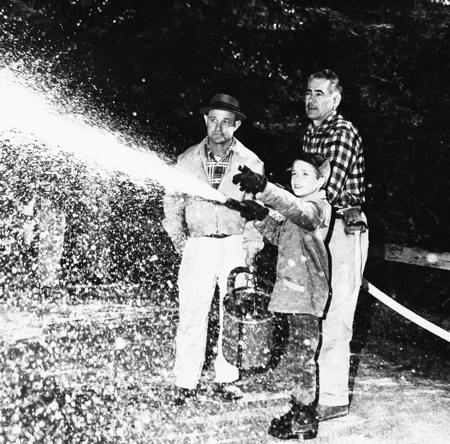 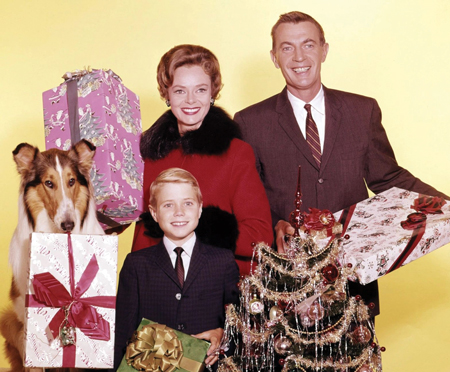