Newhart said he suspected that he lacked the temperament to remain in the accounting profession back in the mid-1950s when his attitude toward taxation arithmetic could be summed up in three words: “That’s close enough!”

So he and a friend began writing humorous routines based on telephone conversations; they sold the routines to radio stations.

“I eventually dropped the partner but kept the telephone in the act,” he said.

Those one-sided phone conversations have remained throughout his radio, recording, television, and stand-up career. They are as much his trademark as the straight-faced delivery and slightly forced stammer.

Why keep the stammer all through his career?

“I got my home in Beverly Hills because of that stammer, so I’m not about to drop it now!” he explained.

Newhart stormed onto the comedy scene in the 1960s when The Button-Down Mind of Bob Newhart became the first comedy record to win a Grammy for Album of the Year, with its now-classic routines such as “Abe Lincoln vs. Madison Avenue.”

He wrote the routine in Chicago when Bill Daily (1927-2018) asked the unknown local comedian to come up with a piece about press agents.

Remembered for his sidekick role in the ’60s sitcom I Dream of Jeannie, Daily went on to co-star with Newhart and actress Suzanne Pleshette a decade later for five seasons of The Bob Newhart Show, making famous his trademark greeting, “Hi Bob!”

Comedian Elayne Boosler first met Newhart after a show in Las Vegas in the late ’90s. At a time when in-your-face, crude comedy is now everywhere, it’s tempting to suggest Newhart’s gentler style of humor is obsolete.

But Boosler doesn’t think so.

“That would be like saying Mozart is outdated,” she said. “Classics survive. When something has a solid foundation and is so unique and perfect, I don’t think it can ever be outdated. And when you’re the best at something, it just doesn’t go out of style.”

Bob Newhart makes no apologies for his clean humor, although he said he can still appreciate more bawdy comedians such as the late Richard Pryor.

The list of professional comedians who count themselves as Newhart fans is a long one and includes Carol Burnett, Don Rickles (1926-2017), and Dom DeLuise (1933-2009).

Don Rickles was a longtime friend, and Newhart delighted in recounting his first encounter with Rickles in the late 1960s in Las Vegas. The two comedians and their wives met in a cafeteria, and Rickles, the perfect gentleman, invited Bob and wife Ginnie to his show.

“Don steps out on stage and the first thing out of his mouth is, ‘The stammering idiot from Chicago is in the audience today, along with his hooker wife from New Jersey,’” Newhart told me.

But the two families became fast friends and would eventually travel the world together on vacations.

“People would ask me how I could go on vacation with Rickles,” Newhart said. “Well, it’s like elevator music in the background: You just don’t hear it. But we always had fun together — everyone should have a friend like that.”

Dom DeLuise worked with Newhart in 1964 on the long-forgotten CBS variety show, The Entertainers. DeLuise was one of the millions of viewers who watched the final 1990 episode of Newhart, Bob’s second TV series, set in a Vermont inn.

“Bob woke up from a dream on the set of the original Bob Newhart Show with his wife Suzanne Pleshette in bed next to him,” recalled DeLuise. “The entire second series had been a dream! That was just brilliant.”

“The whole idea for the ending was Ginnie’s,” noted Newhart, who passed it on to the writers to create the show’s finale. The episode remains a moment cherished in television history — the type of comic twist that the button-down mind of Bob Newhart has always relished.

When trying to sum up the comedy genius of Newhart, the words of the late comedian Ed Wynn come to mind: “A comic says funny things; a comedian says things funny.”

Clearly, Bob Newhart is a master of both. Happy birthday, Bob! 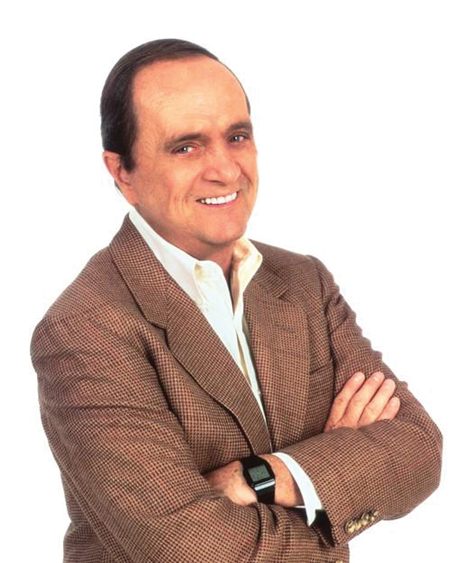 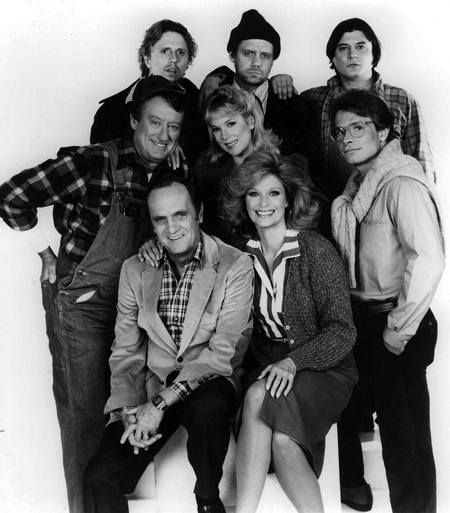 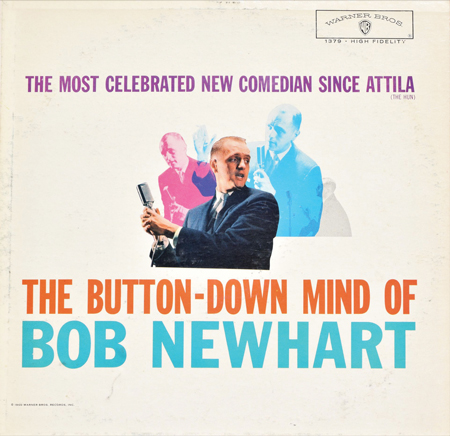