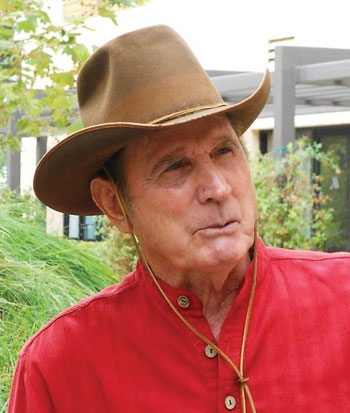 It’s not uncommon for actors to find a second career away from the camera after spending years in front of it.

In Michael Dante’s case, that new vocation has been writing, beginning with his 2014 award-winning autobiography From Hollywood to Michael Dante Way (see michaeldanteway.com).

“I received the Ella Dickey Literacy Award for it last April in Marshfield, Missouri, at their Cherry Blossom Festival,” said Dante. “My second book, Winterhawk’s Land, is the sequel to the film I starred in and played the title role, Winterhawk.”

His latest novella is called Six Rode Home, which, he says, is “about six horse soldiers who come home from the Civil War, and it’s a great read.”

Dante is well acquainted with early American life through his films, which included working alongside Audie Murphy in two Westerns.

“Audie was the greatest American hero of World War II, but never talked about his war experience. He was a very quiet, sensitive, and soft-spoken guy with a great sense of humor who also wrote beautiful poetry and song lyrics.”

Dante’s first film was the 1956 bio-drama Somebody Up There Likes Me starring Paul Newman as boxer Rocky Graziano and featuring Steve McQueen in his first role.

During filming, a truck lost control when its brakes failed and hurtled toward the cast, causing Newman to leap out of the way and sending a cameraman flying.

“Then it headed towards me and Steve — I pulled him out of the way.”

In Kid Galahad, another boxing film, Dante sparred with Elvis Presley. He says the two performed all the fight scenes themselves, with Presley landing a blow on Dante, cutting his lip.

“He kept apologizing over and over,” he recalled, laughing.

On TV, Dante created a memorable character in the original 1967 Star Trek episode “Friday’s Child,” where the Enterprise crew visit an alien planet and attempt to negotiate mineral rights with a local tribe. His character, Maab, was dressed head to foot in a stiflingly hot costume.

“The exterior shots were filmed at Vazquez Rocks, near Santa Clarita, California, where it was 117 degrees,” recalled Dante. “So much perspiration drained into my boots that I squished when I walked — I lost 7 pounds on the first day of shooting!”

With more than 180 TV and film roles to his credit, Dante remains astonished that his 50-year-old Star Trek role still draws wide fan attention, recalling an encounter during a trip to the San Diego Zoo with his niece and nephew.

“As we stood by the giant birdcage, I noticed four people staring my way and they yelled, ‘Maab!’ One girl even carried a thick portfolio filled with Star Trek photos. I signed some and asked how she happened to have them with her. ‘You never know when you’ll run into a Star Trek actor,’ was her reply.”

A recipient of many acting awards throughout his career, including the Golden Boot and Silver Spur Awards for his work in Westerns, the actor-turned-author says he’s especially proud of his new career.

“Now, I am referred to as award-winning author Michael Dante!”

Nick Thomas teaches at Auburn University at Montgomery, Ala., and has written features, columns, and interviews for over 700 magazines and newspapers. 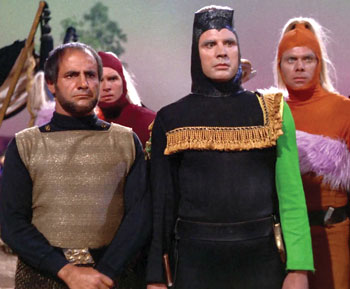 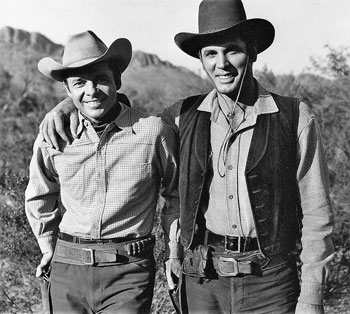