Art & Antiques by Dr. Lori: Big Spike Ahead in the Barbie Doll Market

Barbie has been in the news lately ahead of the upcoming release of the 2023 Barbie movie. The doll, which was introduced in the late 1950s and skyrocketed in popularity in the 1960s, has recently made big strides in the collectibles market.

German Bild Lilli dolls, adult fashion dolls of the postwar era, first inspired Barbie’s creation. These German dolls have surged in value in the auction market. Recently, a Bild Lilli doll sold for a whopping $5,000, making all the Barbie collectors sit up and take notice.

Appraised values for vintage collectible Barbies are high, well into the thousands for just one doll. The original Barbie No. 1, with her black-and-white-striped bathing suit (1959), still brings high values.

Be sure to check the marks on a Barbie doll’s back or buttocks for information about the date your Barbie was made. Don’t disregard post-1990s Barbies, as they have value too.

Barbie was a different type of doll. Teenage girls were not what traditional dolls typically looked like during the 1940s and 1950s. Prior to Barbie’s introduction, most dolls were baby dolls, china dolls, or dolls geared to young children.

Barbie highlighted teen and young adult issues, an interest in contemporary clothing, and how young people thought about jobs and the future. Barbie had her own character; she wasn’t a doll imitating other characters from literature or film.

This is Barbie’s great appeal. Barbie was not following the pack; she was a leader, and young girls and teens were attracted to this new doll concept.

This new concept also made Barbie an unknown in the marketplace, and this gave market insiders pause. Such dolls were untested in the market, but Barbie persevered. Quickly, it became obvious that the new doll concept put forth by Barbie was desirable. Buyers bought Barbie dolls — an unexpected but great result for the new doll and its makers at Mattel.

Barbie remains influential today because she changes with the changing tides. The collectible toy market and major movies have kept Barbie in the front of people’s minds.

She adapts to cultural and social changes of the decades, from the 1960s to the early 2000s. Barbie had various careers and even embraced new technology. Mattel, Inc. has done an excellent job of allowing Barbie to change with the times too.

Collectors or people hoping to sell a vintage Barbie doll should look for good condition, rarity, and quality. Condition is most important when it comes to appraised value. Barbie dolls must have no stains, dirt, or damage. Collectors like to collect dolls and their accessories, like clothing, shoes, sunglasses, etc. 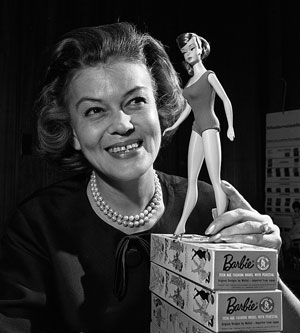 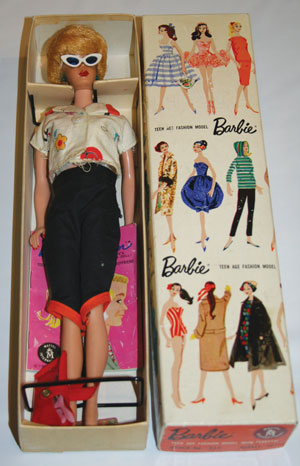