Art & Antiques by Dr. Lori: Demand for Princess Diana Collectibles on the Rise this Summer

Over the course of her short life, Princess Diana (nee Diana Spencer, 1961-1997) inspired the production and manufacture of many works of art, antiques, souvenirs, and collectibles from the time of her highly publicized engagement to HRH Prince Charles to her shocking death.

While she is best known for her philanthropic and charity work during her time as Princess of Wales, Princess Diana prompted the making of many items based on her likeness and her informed good taste.

Prince Charles was 13 years Diana’s senior. She was one of the most beloved members of the British royal family and was known widely as the “People’s Princess.”

The royal couple had two sons, Prince William (William Arthur Philip Louis), heir to the throne, who was born in June 1982, and Prince Harry (Henry Charles Albert David), who was born in September 1984.

After much turmoil both privately and in the public eye, the royal couple divorced in 1996. On Aug. 31, 1997, Princess Diana, aged 36, died from her injuries following an automobile crash in Paris, France.

Princess Diana was known for her fashion sense and jewelry, interest in popular culture, humanitarian work, and various collections. Her clothes have been featured in charity auctions, and her jewelry is part of the collection of the crown jewels. She had a flair for both the fun and the fashionable.

A few years ago, I had the good fortune to lecture with a high-ranking member of Princess Diana’s staff, Patrick Jephson, her chief of staff. Jephson was privy to much classified information about the princess that he did not reveal and was a kind colleague and fascinating gentleman.

As we became friends, I asked him to tell me something about Princess Diana as a collector. He offered that she enjoyed collecting hand-painted Herend of Hungary porcelain figurines of animals. Like any mother of active young boys, she kept the delicate figurines out of reach yet on display in her private office within the living quarters of her Kensington Palace home.

This year, as we mark the 25th anniversary of the princess’s untimely death, many collectors will be bringing objects associated with Princess Diana to market. Diana collectibles have continued to be among the most coveted items in the realm of royal collecting.

These pieces will enjoy a spike in interest and value during the summer of 2022 leading up to the anniversary date of her death. Values for Princess Diana collectibles are expected to increase as much as 10% to 25% during this time, with collectors actively seeking to add to their collections.

Anniversaries of any kind always impact interest, especially in the active royals and celebrity markets. This anniversary remembers the work of a humanitarian and celebrity of the late 20th century.

Ph.D. antiques appraiser, author, and award-winning TV personality, Dr. Lori appeared on The Curse of Oak Island on History channel. She offers appraisals and advice at drloriv.com and www.youtube.com/drloriv. Visit drloriv.com or call (888) 431-1010. 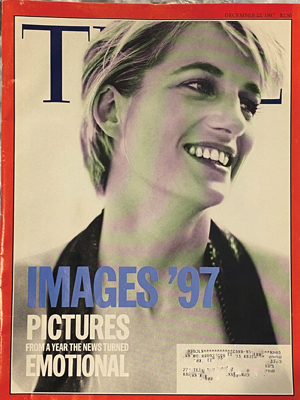 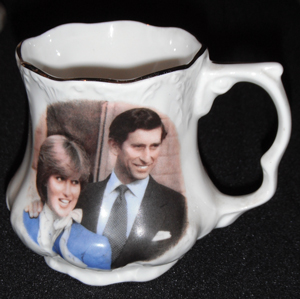