The vintage toy market is nearly as emotionally charged as the political landscape.

During campaign season, which keeps getting longer and longer nowadays, the most popular political — specifically presidential — collectibles come in the form of playthings: games or toys.

From bobbleheads to Beanie Babies, now is the time to cash in on the campaign memorabilia of yesterday. Take advantage of the broad media coverage surrounding the candidates to sell your stuff and use it to help advertise your online listings of political items.

What’s hot? Political campaigns have moved away from the functional item giveaways promoting their candidates of the past, like William McKinley baby soap and John F. Kennedy cigarette lighters, in favor of campaign toys.

A pair of Beanie Babies called Lefty, a donkey, and Righty, an elephant, were manufactured a few years after the collectible stuffed toys were first introduced in 1993. These red-and-blue Ty Inc. collectibles were all the rage in 1996, 2000, 2004, and 2008.

Today, they are among the pricey offerings on auction websites and Facebook marketplace that have emerged from basement storage tubs.

When it comes to market value, the big winners will be political family fun games as families look for new activities during a pandemic that has kept some parents and children home from workplaces and schools.

Games like the “A House Divided” congressional Monopoly board game or Trump Cards, where players try to guess which printed-card statements are fake news, attract young and old alike to compete this election season.

If you are trying to sell your bygone political toys, post them online no later than Oct. 1 to ride the intense press wave.

On my YouTube channel, I teach people how to sell stuff, market, and attract buyers. I advise viewers to use social media pages to highlight their stuff, make sure they tell the backstory of their political playthings, and post tightly cropped photographs with no hands or visual distractions in the background when they are showing potential buyers their online offerings.

Attract buyer interest with an interesting anecdote from the candidate or campaign. Answer comments and questions in a timely manner. Ignore online auction trolls posing as helpful shoppers or naysayers.

Use this time to market your online political collectibles well before Election Day arrives. Don’t forget to vote!


Dr. Lori Verderame is the award-winning Ph.D. antiques appraiser on History channel’s No. 1 hit show about the world’s oldest treasure hunt, The Curse of Oak Island. For more information, visit www.DrLoriV.com and www.YouTube.com/DrLoriV. 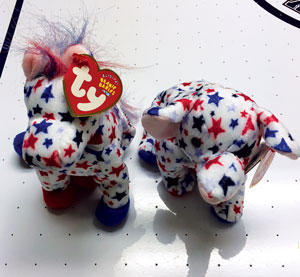 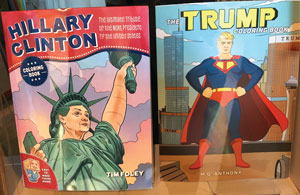