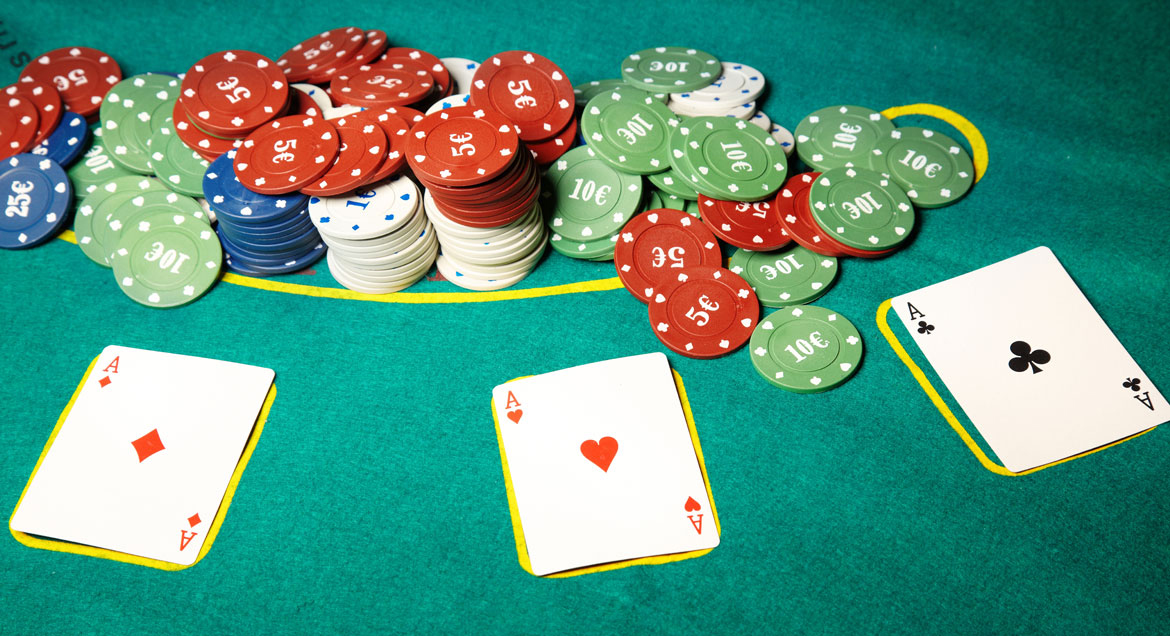 Deal Me In: Let It Ride

Dear Mark: What is your take on Let It Ride? I love to play it, but how bad are the odds? The three-card bet seems to be the best chance to win money. – Steve C.

Let It Ride is a variation of five-card stud poker where the player wagers on a poker hand consisting of three cards in the player’s hand and two community cards in the dealer’s hand.

Play begins with each player making three equal bets in spaces labeled 1, 2, and $. The dealer then gives each player three cards and deals two community cards face down.

After seeing his or her three cards, each player has the option of pulling back the first bet, or, as the game is eponymously named, saying “Let it ride.”

The dealer then exposes one of the two community cards. Each player now has the option to remove the second bet or to “let it ride,” regardless of the first decision.

Finally, the second community card is revealed. Losing bets not meeting the payout criteria are collected; then the winning wagers are paid according to a posted payout schedule.

Like you, I find the game fun to play, slow enough for the newbie gambler, and forgiving, as it does allow you to pull back two of the three bets.

My problem, Steve, is that even when played with perfect strategy, the casino advantage on Let It Ride is 3.51 percent, well above my axiom: “Never make a wager that has higher than a 2 percent house edge.” That is almost six times higher than blackjack when using perfect basic strategy.

Incidentally, amongst dealers, Let It Ride is nicknamed “Let It Die,” since the tipping rate is terrible.

Regarding the “Three-Card Bonus Bet,” it is a side bet that pays, based on the poker value of the player’s three cards, similar to the pair-plus wager in Three-Card Poker. With Let It Ride, the wager has a separate win for a “mini royal,” defined as ace/king/queen of one suit.

With any Let It Ride side bets, where you are offered an additional payoff with certain paying hands, all of these wagers carry a whopping double-digit casino edge, and I would recommend that you avoid all of them.