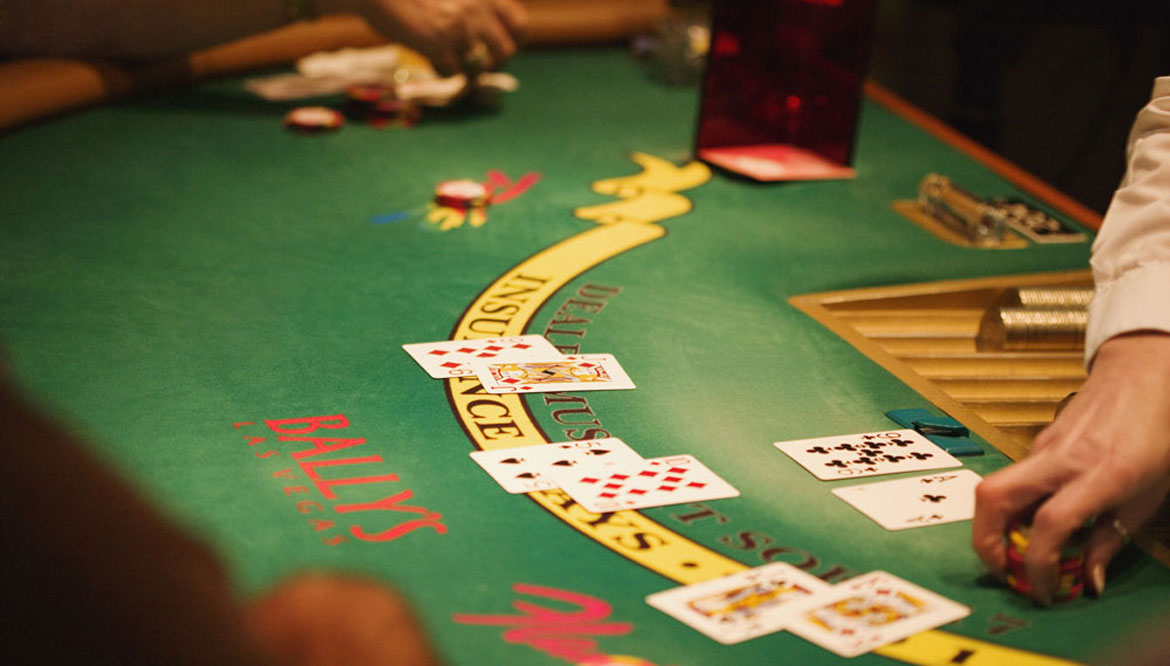 Deal Me In: The Illusion of Skill

Dear Mark: I like to play on slot machines that allow me to stop the reels from spinning. Does having control of the outcome make any difference? – Kate S.

Whether you stop the reels yourself or allow the machine to do it, both ways, Kate, produce random results.

Many a superstitious player believes in synchronicity, that simultaneous occurrence of events that appear significantly related. The game’s designers prefer to call it the “illusion of skill.”

Those who favor stopping the reels from whirling think they are in charge of the outcome. In reality, Kate, your result had already been predetermined when the reels started spinning.

Sorry, Kate, but your golden touch will not make any difference, although the rabbit’s foot in your purse may, notwithstanding the evidence that it didn’t work for the rabbit.

Dear Mark: A group of us meets every third Friday night to play poker. We stick to Texas Hold’em and as close to Vegas rules as we can.

One rule we are not quite sure of is when a player wins a hand at the showdown, is he obligated to show both of his cards, or only the card that made him a winner?

Sometimes a player will demand to see both cards. Half of us believe the winner only has to show the card that won the hand, whereas others believe you have to produce both cards.

What is your take on this rule, and how is it viewed in the Vegas poker rooms? – Clay B.

Obviously, Clay, your Friday night get-together is a private game, so letting whoever is gracious enough to supply the table plus the food and beverage is my favorite option on who determines the rules.

Home poker play can have all sorts of bizarre rules that define how the game is played. That’s all fine and dandy, just as long as they are set up front.

With your showdown scenario, some in your group believe the winning player must expose all of their cards, face-up on the table, whether they were used in the final hand played or not.

They undoubtedly figure that if they paid to see their opponent’s cards, they should be able request to see the caller’s hand. Personally, Clay, I have always considered it poor etiquette to do so.

In Vegas, rules can vary from casino to casino. Thus, it is going to depend upon which Vegas poker room that you are playing in. There is no “official” Las Vegas rulebook of poker. All casinos have their modus operandi that they either shaped themselves or borrowed from another source. That said, I have seen the above-mentioned challenge handled both ways.

Since Robert’s Rules of Poker is not the end-all reference in Las Vegas poker rooms, if the casino states you must show your “whole” winning hand, then you must. Other casinos have guidelines that say you only have to show the cards that made you a winner.

Although you might be bellied up to a felted octagonal table in someone’s den, it’s not Las Vegas. I would recommend that house rules should be discussed at the onset of the evening, and not after a riff ensues.

Gambling Wisdom of the Month: “The people who run the casinos are tough and smart in so many ways, but they belong in the Dark Ages. They explain the phenomena of their world the way the ancient astrologers did. They really believe that dice get hot.” – Edward O. Thorp, The Green Felt Jungle (1965)