Service Stories: How Did an Antiwar Quaker End Up in South Vietnam?

The Vietnam War was one of the most polarizing events in American history. While some young men went off to fight, others protested or fled the country to avoid military service.

Richard Morse was a rare exception. He firmly opposed the American war effort as immoral and misguided, and he did not serve in the military.

But this now-retired biologist shared in the danger by spending three months in South Vietnam in the summer of 1969, a time when the war was raging.

Although Morse did not participate in combat, he witnessed the horrors of war firsthand, frequently hearing gunfire and seeing wounded soldiers and civilians. He also saw dead bodies.

Morse was born in Seattle on Oct. 31, 1941, shortly before the American entry into World War II. At age 9, his family moved to Southern California. He describes his childhood as unremarkable.

But during his sophomore year at a high school in Covina, just east of Los Angeles, he took a biology course from a teacher who would change his life.

“He really got me interested in science,” recalls Morse.

Encouraged by his teacher, Morse set up his own marine aquarium and filled it with fish and sea anemones, an idea he says was “pretty radical back then.” The water he brought in from the ocean was too warm, so he jerry-rigged a Rube Goldbergian cooling system to keep the water below room temperature.

After graduating from high school in 1959, Morse headed east to Johns Hopkins University in Baltimore, one of America’s leading institutions for medicine and science. He originally intended to go into medicine but decided to major in biology.

During his college years, the United States was playing an advisory role in South Vietnam, helping a corrupt and inept government as it tried to stave off pressure from a growing internal communist insurgency. The U.S. was not yet deeply involved as an active participant, so the military had not yet scaled up to fight a major war.

Also during his time at Johns Hopkins, Morse attended a meeting of the Religious Society of Friends, better known as Quakers. The Quaker antiwar, antiviolence message resonated deeply with his own moral convictions.

After finishing his studies at Johns Hopkins, in 1963 Morse enrolled in graduate school at Case Western Reserve University in Cleveland, another top institution. It was during his Case years that the American war effort in Vietnam started gearing up, with the role evolving from advisory to direct combat.

Morse decided to become a Quaker, attracted by the Society of Friends’ opposition to the war.

Like many young men at the time, Morse obtained student deferments to avoid military service.

“I saw how bad the war was going, so I got involved in demonstrations when I was still in graduate school,” says Morse.

After finishing his biology studies at Case, Morse moved on to the University of Connecticut in Storrs for a postdoctoral fellowship.

There, he set up a draft-counseling service to advise young men on whether to accept military service or how to resist. The latter options included applying for conscientious objector status, going to prison for a couple of years, or leaving the country (usually for Canada).

Morse points out that government propaganda portrayed the war as capitalism versus communism. But from the Vietnamese point of view, foreigners had split their nation in two, and many were unhappy about that.

And Morse is also quick to point out that all the sides committed atrocities, and he wanted no part of that.

So, you might be wondering, how did this pacifist Quaker end up in the middle of the conflict?

As Morse explains, his first wife, Carole, was a physical therapist. The American Friends Service Committee, the branch of Quakerism that performs charitable services around the world, had a center in Quang Ngai, a town of several thousand residents in the northern part of South Vietnam.

AFSC volunteers helped civilians recover from war injuries. Many of these victims were children who lost limbs to booby traps or American bombing attacks. But one of the AFSC volunteers had been there for a long time and desperately needed a break. So the AFSC asked Carole if she could fill in for three months.

She was reluctant to go by herself, so Morse agreed to join her. The AFSC interviewed the couple in Philadelphia and then accepted them to go to Quang Ngai.

Morse found tasks to keep him occupied and to help his wife’s colleagues. He spent hours every day repairing cars, trucks, and a Volkswagen bus. He frequently performed preventive maintenance to keep the vehicles from breaking down in the hot, humid weather. He also supervised a construction project next to the rehab center.

The AFSC center had Western food, but Morse says it wasn’t very good. He remembers that it was easier for the center’s Vietnamese chef to cook local dishes.

“She knew how to cook it with more care,” recalls Morse.

During occasional bouts of dysentery, he would revert back to Campbell’s soup. The facility lacked air conditioning, and the temperature often soared into the 90s. So rather than wearing American clothes with heavy fabrics, Morse usually wore pajamas similar to what the locals were wearing.

The U.S. military had no presence in Quang Ngai other than a handful of advisers, so South Vietnamese soldiers defended the town. But the area was a hotbed of Viet Cong activity, so the Morses were in constant danger.

Most of the firefights occurred on Saturday night. Machine-gun chatter frequently woke Morse up at night. He and the other civilians would rush into a bunker, where they would remain until the battle quieted down.

The South Vietnamese Army had a machine gun nest right across the street.

“You could see flashes from machine guns, which were big and loud. It was close by. And we would hear explosions from grenades. It seemed close but you didn’t spend time being philosophical about it,” he says.

The day after a battle, he would sometimes see Viet Cong bodies “stacked up like cordwood.”

At night, he often heard the drone of an American cargo plane 10 miles away rigged with a Gatling gun as it sprayed thousands of bullets at ground targets.

Morse doesn’t recall thinking much about how the war would ultimately come to an end or which side would prevail. But seeing the conflict up close reinforced his opposition to the war.

“I walked through the clinic and could see people with severe injuries. All of them were Vietnamese,” he recalls.

And he adds, “It seemed most of the civilian casualties were from American-provided heavy weapons.”

During his time in Vietnam, the AFSC assigned Morse to work with the British documentary filmmaker Patricia Penn. He escorted her around the Quang Ngai area and assisted her in recording sound.

The subsequent movie, Once Upon a War, was broadcast around the world but not in the United States because it was filmed in black and white. The 27-minute movie shows the war’s devastating impact on local civilians, sometimes in graphic detail.

The Morses survived their three-month time in Vietnam unscathed and returned to the U.S. Morse has since enjoyed a successful career putting his technical skills to use in a number of jobs.

One of these was for a firm in Georgia that sold equipment for measuring radioactive material. During 1979’s Three Mile Island accident, Morse sold equipment to the owners of the stricken nuclear plant. Later he sold radiation therapy equipment and software to treat cancer patients.

Morse and his current wife, Mary Anne, live in Mechanicsburg. Both are particularly fond of international travel. Until the recent COVID-19 outbreak, they often ventured to cold, remote locations in the Arctic and Antarctica. There, Morse would practice his love of photography, much of which he shoots in black and white.

Despite his opposition to the war, Morse respects the men who fought and risked their lives for what they believed in or for being obedient to the draft. But he says that whether or not you risked your life does not validate your point of view one way or the other.

Still, he insists, “I felt I had a lot more credibility because I risked my life as well. Most people campaigning against the war had not taken that sort of risk. But we had people involved in the antiwar movement who were ex-military.”

To view Once Upon a War, visit www.afsc.org/video/once-upon-war-1967. Please note that the film was shot in 1969, not in 1967 as listed on the website. Morse’s photographic work is at https://richardmorsephoto.smugmug.com.

Robert Naeye is a freelance journalist based in Derry Township. Please visit his photo website at https://bobnaeye.zenfolio.com. 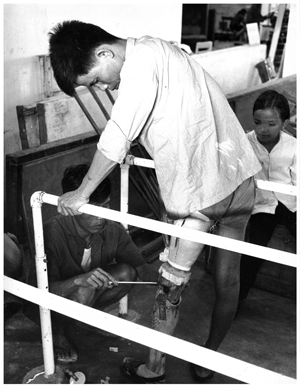 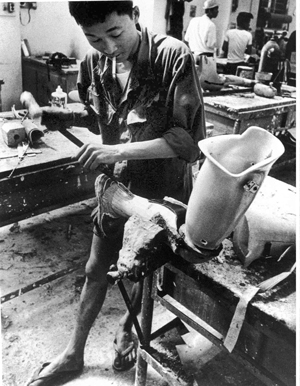