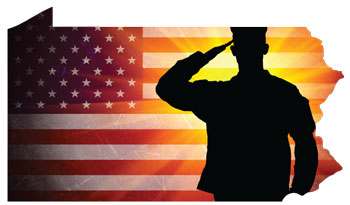 Pennsylvania adults who have served in the military account for 7.3% of the state’s population, the 35th highest percentage among the 50 states, according to an analysis by the website 24/7 Wall St.

Military veterans in Pennsylvania number 745,909, the study based on U.S. Census Bureau data found. Among the veterans, 6.9% live in poverty, and 857 of them are homeless, according to 24/7 Wall St.

Nationwide, about 20% of the 18 million veterans did their service after the 9/11 terrorist acts, while about 33% served during the Vietnam era. At the same time, 1.2 million of the veterans live in poverty, and 37,000 of them are homeless, the analysis found.

Many of the states where large percentages of veterans live have major military installations and large shares of active-duty troops, researchers said. 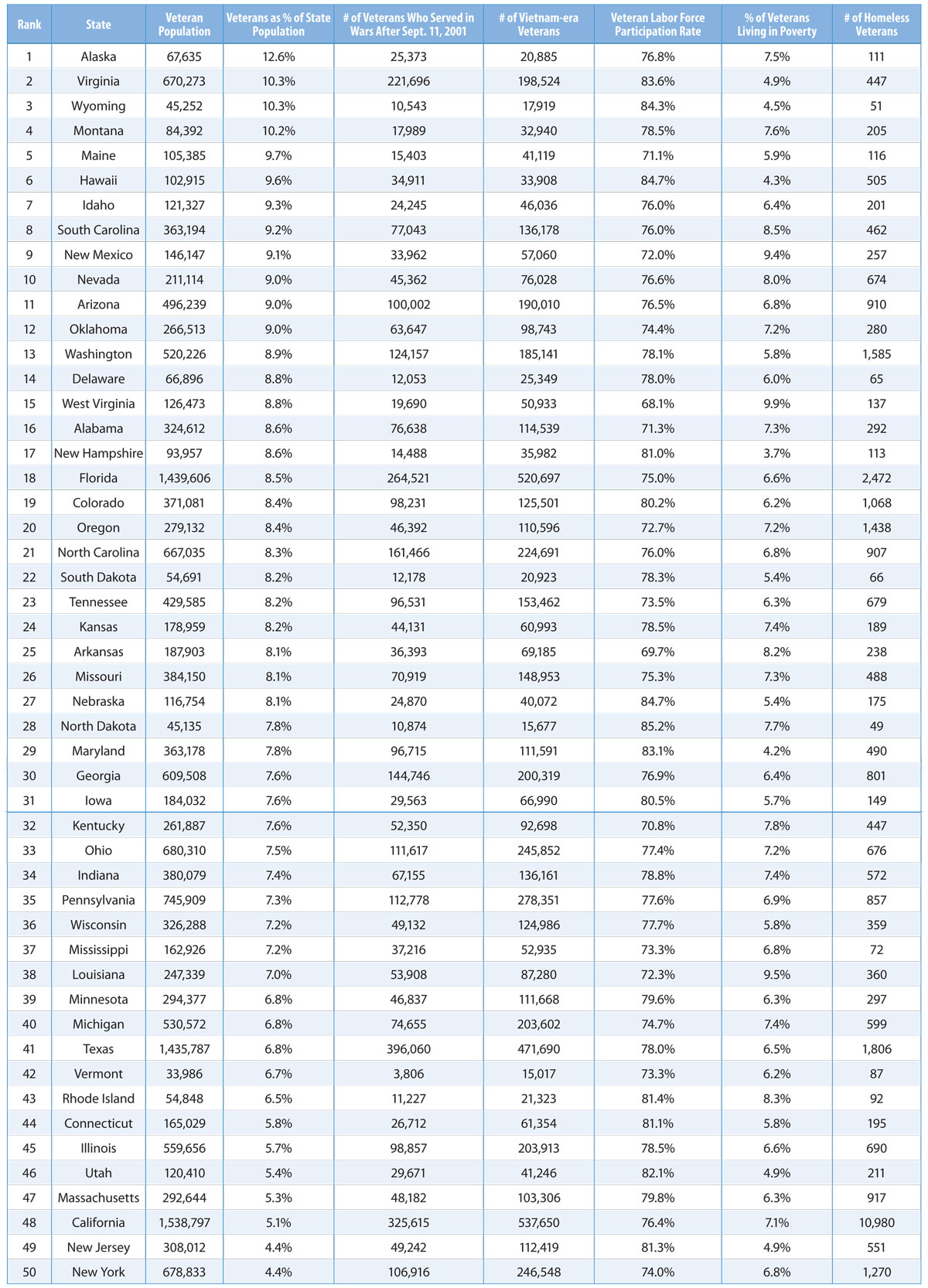