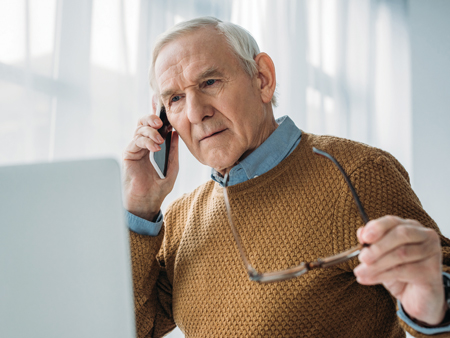 During a recent hearing entitled “Veterans Scams: Protecting Those Who Protect Us,” Sen. Bob Casey (D-PA), ranking member of the U.S. Senate Special Committee on Aging, highlighted his bipartisan letter that calls on the Department of Veterans Affairs to take a more active role in tracking these scams and educating veterans about these schemes.

According to a 2017 AARP report, 78% of veterans reported receiving a scam attempt related to their veteran status. The same study also found that veterans are twice as likely as civilians to lose money to a scam.

Senators Casey and Susan Collins (R-ME), chair of the Special Committee on Aging, joined by 11 members of the committee, are sending a letter urging the VA to play a more active role in combatting financial exploitation by scammers.

“We must fight back against unscrupulous con artists by ensuring that not one more veteran loses one more penny to a scam,” Casey said. “I urge the VA to do more to combat scams against veterans.”

In the letter, the senators cite an October 2019 Government Accountability Office report, which found that the VA does not centrally collect or analyze information assessing the threat of scams against veterans receiving pension benefits.

Casey invited Sgt. LaVerne Foreman, an 82-year-old veteran from Herndon, Pennsylvania, to testify at the hearing about his experience losing money to a veterans charity scam.

“It isn’t easy to talk about being scammed, but what I am doing today is an extension of my service,” Foreman said.

“These scam artists rip off innocent people, and as a result, contributions are diverted away from the organizations actually doing the work of caring for those who served and who are now in need … On behalf of veterans, I ask everyone who can help to stop this activity to play their part.”