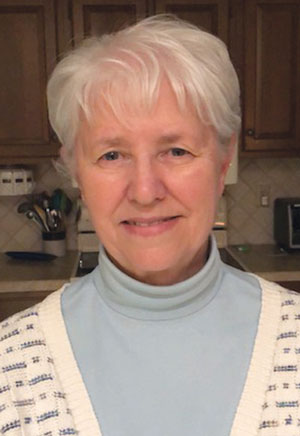 When the annual Lancaster Senior Games returns for its 31st year on May 6, Pat Fellenbaum will be there to guide the event she helped start into its fourth decade.

Open to county residents age 55 and older, the 2019 Lancaster Senior Games will be held May 6-10 at Spooky Nook Sports, Manheim.

In the late 1980s, Fellenbaum, of Lancaster, was working for the Lancaster Recreation Commission as its director of senior services when she saw a brochure for a senior games event held in a neighboring county.

Inspired, Fellenbaum brought the idea for this admittedly “big undertaking” to her boss and soon contacted the Lancaster County Office of Aging to seek their help in bringing a senior games competition to Lancaster.

The games, which are now coordinated entirely by the Office of Aging, have changed in many ways over the years, said Fellenbaum, who retired from the LRC in 2005 but is still an active member of the OOA’s senior games committee.

The Senior Games started in 1989 with just under 500 participants and now consistently registers more than 900. The venue has changed and increased in size as well, beginning at McCaskey High School before transitioning to Franklin & Marshall College and now Spooky Nook Sports.

Naturally, volunteer help has had to increase too, from fewer than 100 that first year to now about 300.

“The first year, we had 18 events — we now have 47,” Fellenbaum said. “So we’ve gotten rid of some and kept the ones that were most popular.”

“We introduce new sports in the activities, so that’s changed over the years too,” Fellenbaum said. “We’re always thinking of new things to do and new sports to present, new activities, new educational programs we think are current.”

The newest sports added to the games’ lineup are cornhole and ladder golf, Fellenbaum said.

Technology has certainly changed a lot since the late ’80s, and the computerization of information has affected and streamlined the Senior Games as well. The event has its own website and Facebook page, and 2019 is the first year online registration is available.

“The really big change is that [originally] everything was handwritten because there were no computers, so that took a lot of time. But now we have everything computerized,” Fellenbaum said. “Plus, all the reports now we can print out, so we don’t have to copy them by hand.”

Fellenbaum said it’s the reactions from the participants that have kept her committed to the Senior Games for more than three decades.

“It’s so enjoyable,” she said. “You go in and you present these [events], and people come up to you afterward — and I mean a lot of people come up — and say, ‘Thank you for doing this.’ I think that really goes a long way.”

As the Lancaster Senior Games continues further into the 21st century, Fellenbaum said more than anything, she wants to see it keep changing, remaining relevant and fresh as the next generation of athletes hits 55.

“My main thought when we started this was that you see a lot of seniors sitting around — like the old stigma that they’re on rocking chairs. Well, that doesn’t happen [anymore], and I want the younger generation to realize that,” she said.

“If you keep active and you keep participating in things, it’ll keep you young.”

For more information on the Lancaster Senior Games, call the Office of Aging at (717) 299-7979 or visit lancseniorgames.org.

Here is the full list of events being held during Senior Games week:

• Easy Does It exercise