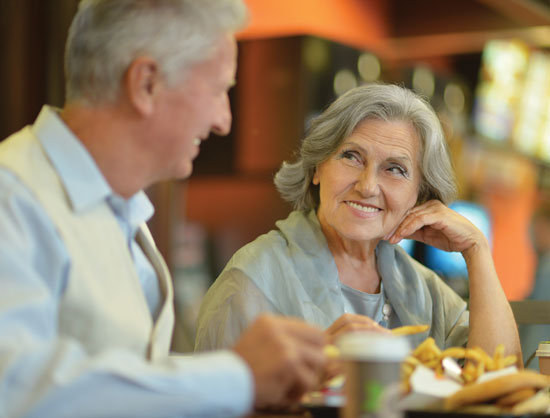 On Life and Love after 50: Do Multiple Past Marriages Matter?

A woman, age 69, recently emailed me with a dating question.

“I’ve been married three times,” she said. “Should three marriages matter to the men I meet? Might they be a deal-breaker? Turn-off? Red flag? Or, (hopefully) a nonissue?”

My response: There’s no automatic answer; it depends on several circumstances. Here are nine of my thoughts:

1. What is your dating goal? To marry again? Or to meet a nice man-friend with whom you can have a committed relationship? Would you want to live together, or perhaps have an LAT, a living-apart-together relationship?

Your answer could determine how a potential mate feels about your three marriages. If it’s your hope to marry a fourth time, most men are going to head for the exit before the second date.

Answers to those questions are important to know. You wouldn’t want to become involved with someone who has a history of terrible marriages or relationships. You need to protect yourself.

4. When a man or a woman is widowed, he or she had no control over losing that spouse. Should that count in his or her previous-marriage tally? Of course not. (Well, if they’ve had four, and all have died under suspicious circumstances, then that would be a red flag).

5. One woman described her three divorces as “failed” marriages. I don’t like that term. Why? Because most marriages were the right thing to do at that time. But, as years passed, people changed, and marriages faded.

Does that make the marriages failures? No. They just didn’t last forever, although they were good for a while.

7. Before a budding relationship turns serious, the number of prior marriages isn’t as important as the disclosure of them. Also, people had the courage and were willing to take the risk to find happiness.

8. Understanding what happened in your three marriages can help you build a more solid relationship the next time around.

9. There are many other factors to look at besides the number of former marriages. How about adult children? Do any of them live at home? Might they interfere with a new relationship?

And, what about a potential mate’s attitude, or outlook on life? Is the person happy, upbeat, cheerful, in good health, and physically fit? How does he treat you?

These days, seniors may have had two or three marriages. Does that make the people tainted? Are they bad people? No. They’ve just lived life.

I’ve had three marriages, and Greta, my partner of 21 years, also had three. Having the same number of marriages was one of the things we had in common when we were sharing information on our first date, so it was a positive thing that we both had “multiple marriages.”

And despite three marriages each, we’ve enjoyed the best relationship we could ever have hoped for. We live together but aren’t married.

I’ve never had children. And yet, in effect, I have four kids, eight grandkids, and three great-grandkids, thanks to Greta. I love her family dearly, and I’m pretty sure they appreciate me, so why risk changing that dynamic by getting married?

For seniors, should the number of marriages matter? I don’t think so … but when the number reaches four, it’s time to scratch your head. Five or more, well, it depends on the circumstances, so obviously proceed with caution.

One of my readers, Stella, said, “Take marriage out as a goal, and you open up endless possibilities.”

Another reader, Mary Lou, age 70, married once, said, “Multiple marriages don’t matter at this stage of my life. If I met a man with whom I clicked, no matter the number of marriages or whether he had children, I would be glad for him in my life.”

And reader Jim stated wisely, “Just because a person is available and willing, doesn’t make him or her a good candidate for marriage.”