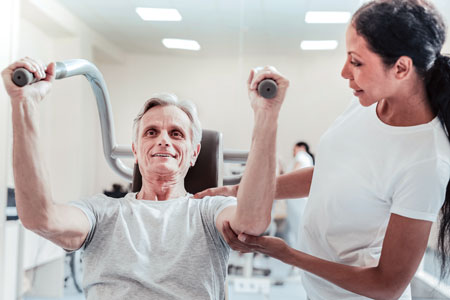 Such is Life: I Hate Fresh Starts

I said to my husband, Bob, “I start so many new things without sticking with them.”

We were looking around the gym at the YMCA.

“This is horrifying,” I said, as we passed the torture machines. “We’re supposed to pay to put ourselves through this agony? That’s like paying a dentist to stick a needle in our gums.”

I pointed to the mirror. “They’ll force us to look in that.”

Denise, a gal in charge, lovingly welcomed us as if we were family. She thought I was kidding when I said, “Where’s the hot dog stand?”

“What’s wrong with doing that?”

Now that was one heck of a good question. I’ve been thinking that taking another first step is equivalent to picking up a thousand-pound boulder for the 227th time — hard, heavy, and depressing.

Actually it’s the opposite. What’s depressing is not starting something new. And really, what does it matter how many first steps I’ve already taken?

“Sweets,” I said, filling out the application, “it’s the YMCA. I’m neither young, male, nor Christian.”

He grabbed the pen. “Then find the OWJA.”

I took the pen and finished the form.

For me, the Y is not just a gym. It’s a salvation.

What makes it extraordinary? The people who work there. Each one makes me feel that every notch I progress on a machine is an Olympic achievement, even when it’s as tiny an increment as a wave moving only an inch closer to shore.

While I was exercising, a fitness trainer named Louise, who’s too modest to think of herself as the remarkable inspiration she is, asked, “Has this helped?”

She was referring to my spinal cord injury, but I pointed to my head and said, “It’s helped up here.”

I often say, “I can’t bring myself to do this.” But Louise has taught me that it’s what I do in spite of that thought that matters. The harder it is to motivate myself to get dressed and go, the greater the accomplishment of getting there.

The people at the Y are not determined to make me exercise; they’re determined to help me be happy and loving, to myself and others.

As the Rev. Martin Luther King Jr. once said, “Faith is taking the first step even when you don’t see the whole staircase.”