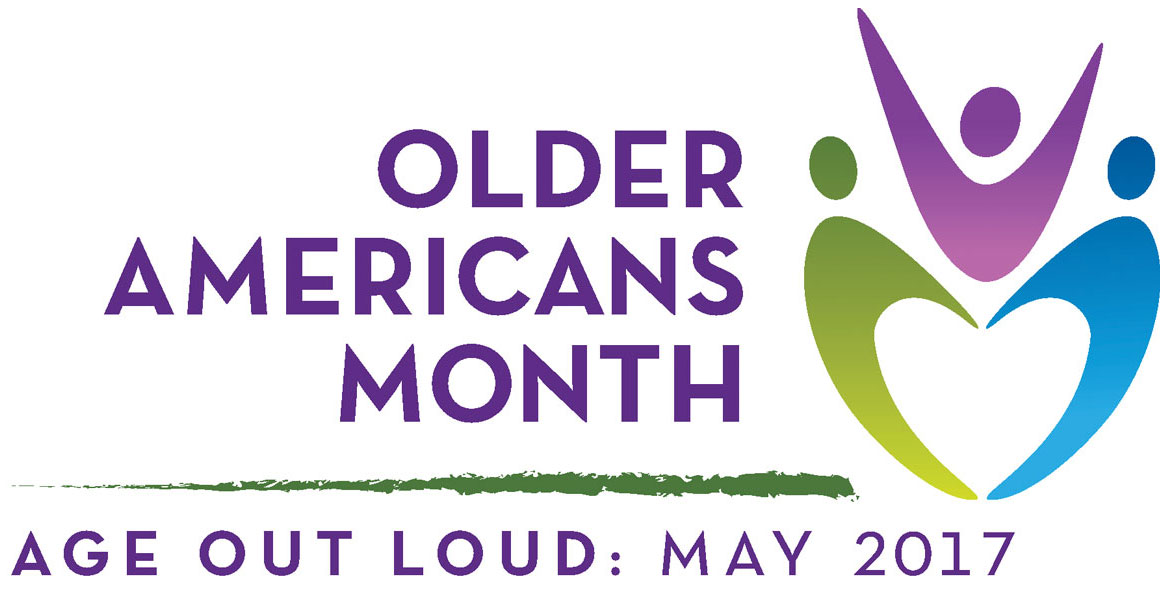 From the Office of Aging: ‘Age Out Loud’ During Older Americans Month

When Older Americans Month was established in 1963, only 17 million living Americans had reached their 65th birthday. About a third of older Americans lived in poverty, and there were few programs to meet their needs.

It was during this time that interest in older people and their concerns was growing, and this interest subsequently led President Kennedy and members of the National Council of Senior Citizens to designate May as “Senior Citizens Month”—the prelude to the nationally proclaimed “Older Americans Month.”

Historically, Older Americans Month has been a time to acknowledge and pay tribute to the many contributions and roles older people play in our country, state, and local communities.

Clearly, a lot has changed since 1963! Not only has the older population grown considerably in numbers (approximately 46 million over the age 65 today), but so too has their life expectancy, income level (10 percent poverty rate compared to 30 percent in 1963), and educational status.

These improving trends are important to note as more than ever before, older people are working longer, trying new things, and engaging in their communities. They’re taking charge, striving for wellness, focusing on independence, and advocating for themselves and others. 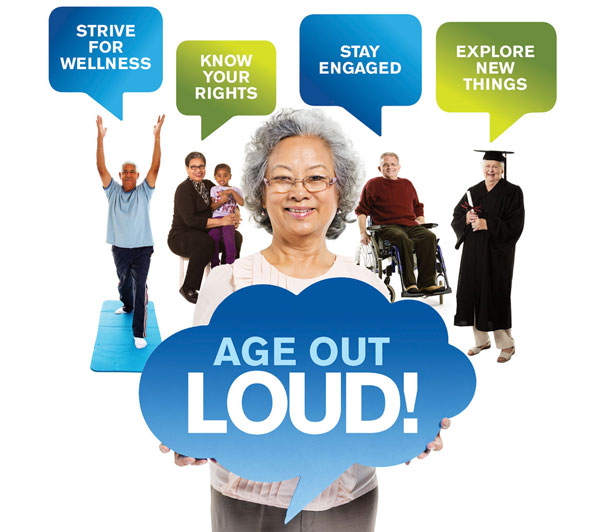 What it means to “age” has changed, and Older Americans Month in 2017 is a perfect opportunity to recognize and celebrate what getting older looks like today!

Getting older doesn’t mean what it used to. For many, it is a phase of life where interests, goals, and dreams can get a new or second start. Today, aging is about eliminating outdated perceptions and living the way that suits you best.

Take Barbara Hillary, for example. A nurse for 55 years who dreamed of travel, at age 75 she became the first African-American woman to set foot on the North Pole. Then at age 79, she achieved another first when she stepped onto the South Pole.

This year’s theme—announced by the Administration on Aging, part of the Administration for Community Living—is “Age Out Loud.” This theme intends to give a new voice to today’s older adults, one that reflects what they have to say about aging.

This annual observance provides a special time to learn about, support, and recognize the ways older people live their lives with boldness, confidence, and passion while serving as an inspiration to people of all ages!

As part of celebrating Older Americans Month, the Lancaster County Office of Aging’s senior centers are inviting community members to join them for a Lancaster Barnstormers baseball game at 11 a.m. on May 10, 2017, against the Southern Maryland Blue Crabs at Clipper Magazine Stadium, 650 N. Prince St., Lancaster.

County residents at least 60 years of age can pick up a free ticket for the game and a voucher for a hotdog and soda by showing their photo identification at any of the senior centers, Monday through Friday, from 8 a.m. to 1 p.m.

Tickets are available on a first-come, first-served basis at the following locations:

What better way to celebrate Older Americans Month’s 2017 theme of “Age Out Loud” than by cheering for our local community’s baseball team?

Jacqueline A. Burch, MSW, LSW, is the executive director of the Lancaster County Office of Aging.