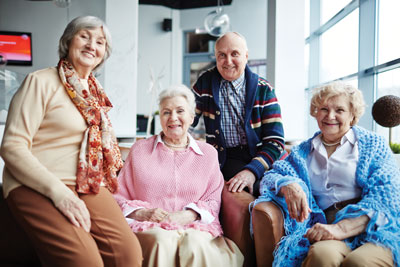 When it comes to retirement-friendly accommodations, Pennsylvania ranked toward the bottom of a recent study. The state overall scored above the median for safety and culture but was below the pack in affordability, wellness, and weather.

According to the analysis from financial website Bankrate, Pennsylvania wound up at No. 34, behind neighboring state Ohio, which was No. 26 overall, but ahead of New York, which was second-to-last in the comparison.

Pennsylvania’s overall below-the-median ranking is attributed to several factors, including affordability, where it ranked No. 28 across the country from a retirement-friendly lens.

In its analysis, Bankrate gave weighted averages to each of the categories. Affordability constituted 40% of the total score. Data from the Council for Community and Economic Research was used for the affordability ranking, according to Bankrate analysts.

When asked to comment on Pennsylvania’s rank for this story, Ray Landis, advocacy manager with the state AARP office, said he believes it is at least based on some misconceptions.

“I’m actually surprised it ranks as low as it does,” Landis said.

While the state’s tax rate is a common issue of concern from residents of all ages, Landis said there are multiple mechanisms in place through state law that help Pennsylvania’s older adult population.

Landis pointed out Pennsylvania does not tax retirees’ income from pensions and other sources. The Pennsylvania Lottery also has been used as a lever to fund programs benefiting older adults in the state.

“The reality is a lot of seniors do OK with taxes here in Pennsylvania,” Landis said.

However, real-estate taxes have been seen in recent years as disproportionately affecting Pennsylvania’s senior citizens. Because many seniors live on a fixed income, lawmakers have worried that increases in property taxes could lead them to lose their homes.

Pennsylvania’s lowest categorical rank in Bankrate’s study was weather, where it notched a No. 31. Also ranking lower was wellness, at No. 28. Weather and wellness accounted for 15% and 2%, respectively, of Bankrate’s weighted average.

The state performed better in other metrics, including crime, where it ranked the 13th safest state, and culture, which came in No. 15 in the analysis. Crime contributed 5% to the total rank, while culture was 15%.

Florida, loosely considered the haven for many retirees, was among the top retiree-friendly states in Bankrate’s analysis, though the Sunshine State did not earn the top spot. That honor went to Nebraska, followed by Iowa, Missouri, South Dakota, and, at No. 5, Florida.

The five least senior-friendly states in Bankrate’s analysis were Washington, Illinois, Alaska, New York, and, at No. 50, Maryland.