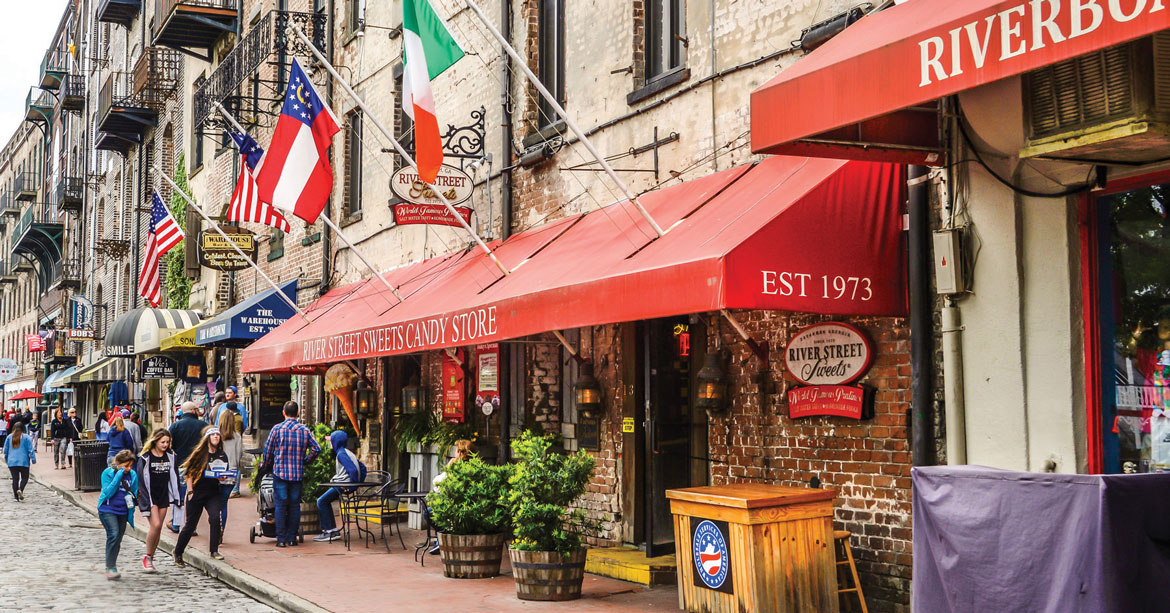 Historic buildings are a given in Savannah. After all, it’s the oldest city in Georgia. It was the Colonial capital when the area was ruled by Britain, and it was the first capital when the colony became a state.

Therefore, when we visit Savannah, we fully expect to see a lot of stately, shuttered homes. We are not disappointed.

But we’re also interested in learning what the city is like today, 285 years after its founding. It doesn’t take us long to realize that throughout the famed historic district, this town of 150,000 people is filled with classy galleries, good music, and eclectic restaurants.

In order to bridge the centuries, we begin by looking at the city’s cuisine.

In Savannah, as in most places, favored foods reflect the traditions of the people who settled the area, but unlike parts of the United States that were primarily colonized by people from one area (think New England, which was mostly established by Europeans), Savannah’s early residents came from many parts of the world.

The first group of Colonists arrived from England in the early 1700s. They brought indentured servants from Ireland and Scotland as well as slaves from the Caribbean and West Africa.

Native Americans introduced the European setters to corn, and other Northeasterners decided that rather than eating their tomatoes green, they’d bring them south so they could ripen during the longer growing season.

But the Southerners didn’t care about letting the tomatoes ripen in the field; they preferred to fry them and eat them green. Thus, a Northern problem became a Southern staple.

During the next several days my husband and I munch our way though Savannah’s past. We feast on shrimp, grits, and fried green tomatoes; snack on British pies; and drink Scottish ale.

And, for good measure, we have a pork-belly slider on a glazed doughnut with onion-bacon jam because the chef tells us that pork, especially bacon, is used extensively in the South.

It seems that pigs, which often ran wild in northern climes, came south on their own to find warm weather and watery environs. Unfortunately for the porkers, Southerners turned them into barbeque and bacon.

We decide that Savannah’s culinary, and therefore cultural, identity can best be summed up in two words: “Savannah Fusion.”

Some belong to people who have made Savannah their home for years; others showcase the work of folks who came to the city to attend the Savannah School of Art and Design (SCAD), one of the top design schools in the Southeast. Many of these people fell in love with the city’s mix of Southern charm and creative opportunity and stayed on post-graduation, thus bringing new energy to a city that was in danger of becoming stodgy.

We walk to City Market, where warehouses that once were filled with fish and produce have been repurposed into studios and galleries.

We see brightly colored canvases that portray the Gullah people, who live in the nearby coastal areas; paintings that celebrate the artist’s Caribbean homeland; baskets crafted by a woman whose work has been displayed at the Smithsonian … The list goes on.

Savannah also has two top-tier museums dedicated to contemporary art. The SCAD Museum features works by international stars such as Salvador Dali, Robert Mapplethorpe, and Andy Warhol, as well as one of the United States’ most significant collections of African-American art.

Even on a regular night, Savannah is alive with bars and night clubs, helped no doubt by the city’s open-container laws. But during the 29-year-old Savannah Music Festival, which is Georgia’s largest musical arts event, music is everywhere.

The 17-day extravaganza celebrates a multitude of cultures, represents a variety of musical styles, and features performances by established artists as well as by talented beginners.

We don’t have time to attend a well-reviewed presentation by a chamber orchestra, but that evening we go to a bluegrass concert, and the following day we catch a show by two wonderful guitarists.

Then, alas, we have to go home. But first, we stop at Leopold’s, Savannah’s legendary ice cream shop. My husband opts for Tutti Frutti (rum ice cream with fruit and nuts) because it’s been a bestseller since the store opened nearly a century ago.

I, on the other hand, chose the Savannah Socialite (a blend of vanilla and chocolate ice cream laden with Georgia pecans, swirled with bourbon, and infused with caramel). The ice cream server tells me that “it’s like today’s Savannah — rich, boozy, nutty, and the life of the party.”

How perfect is that? 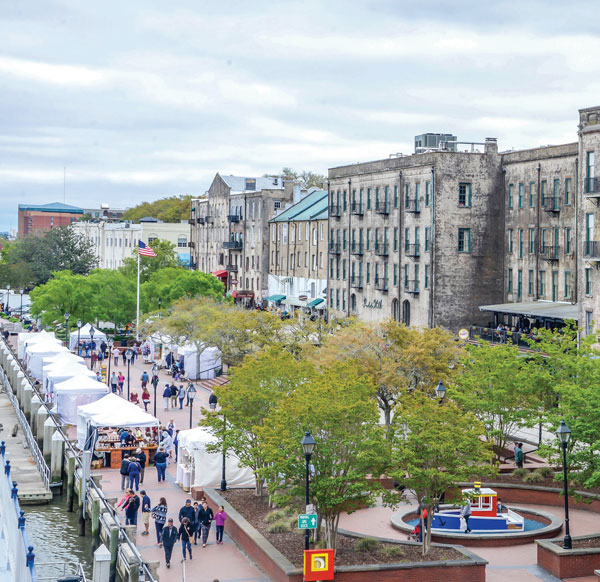 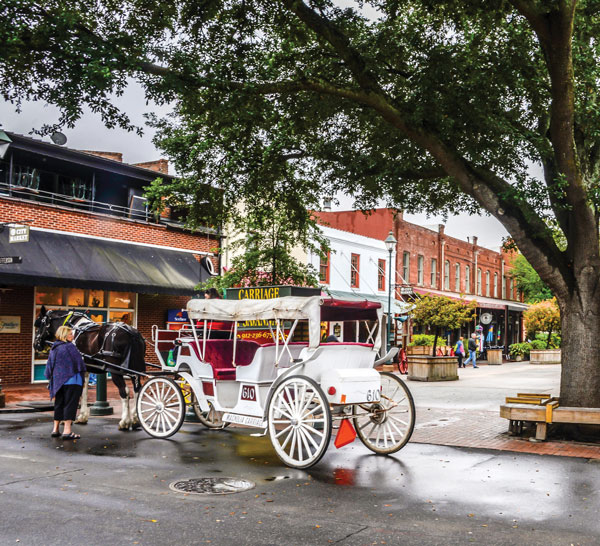 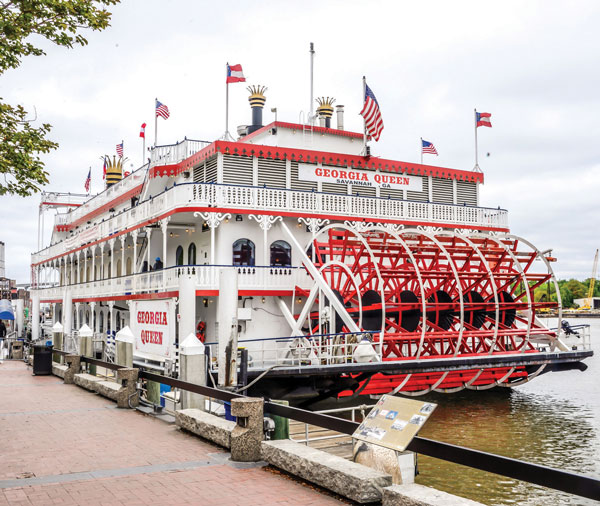 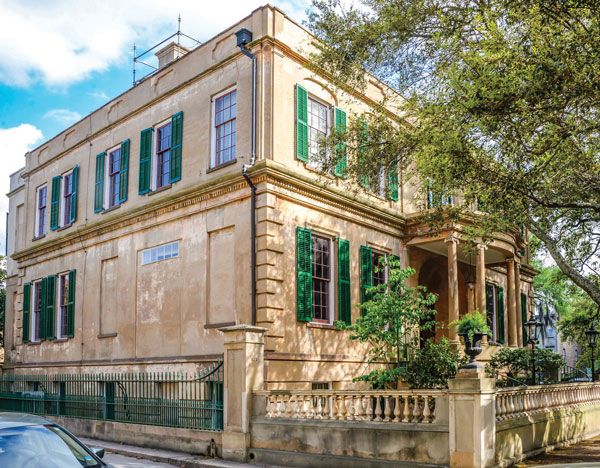