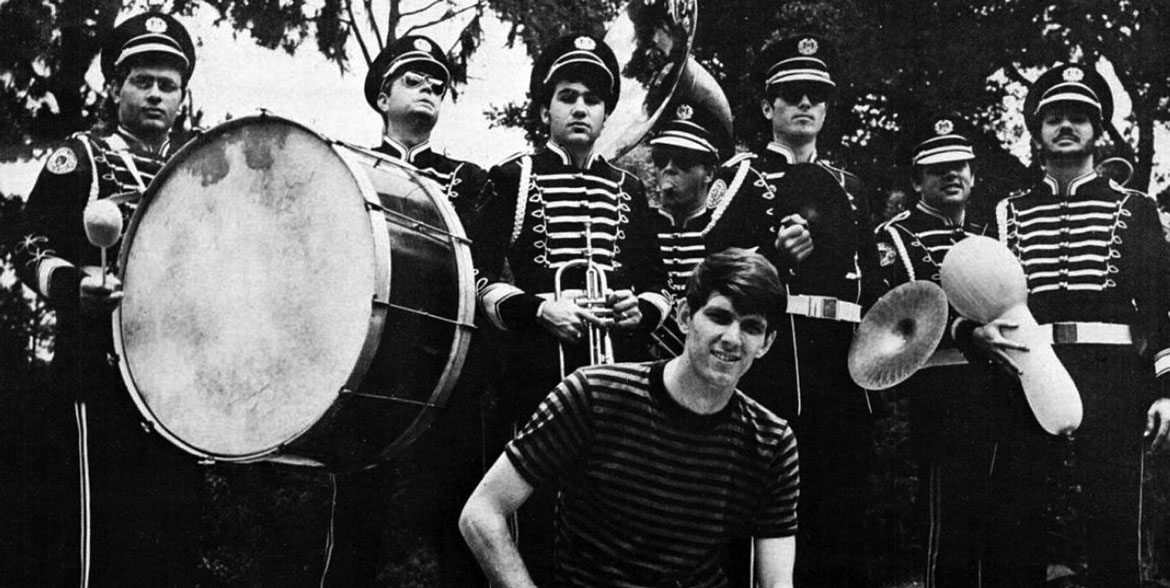 It Was 50 Years Ago Today: ‘Judy in Disguise (with Glasses)’

When John Fred misheard the Beatles’ Sergeant Pepper album track of “Lucy in the Sky with Diamonds” — he thought Paul McCartney was singing “Lucy in disguise with diamonds” — he decided to create a send-up of the Fab Four’s work.

Before long, he and fellow musician pal Andrew Bernard were filling notebooks with such pseudo-psychedelic lyrics as “Cantaloupe eyes come to me tonight” and “Lemonade pies with a brand new car” and “Cross your heart with your living bra.” (Thank you, Playtex, for that last inspiration.)

He also loved Southern R&B — rhythm and blues — music and, at age 15, formed a blue-eyed soul group with several classmates. They called themselves John Fred and the Playboys, named after Hugh Hefner’s popular magazine.

Late in 1958, they cut a bouncy single called “Shirley” with Fats Domino’s band in New Orleans. Issued on Baton Rouge’s Montel Records label, “Shirley” began receiving airplay throughout the South, and the teenage Playboys toured whenever their school schedule permitted.

But when Dick Clark invited the lads onto American Bandstand, leader Fred declined the offer. Why turn down such a golden opportunity?

Fred had a basketball game scheduled at school that day.

After “Shirley” failed to break nationally, the Playboys disbanded to concentrate on their schoolwork. Fred eventually earned an education degree from Louisiana State College but soon found that the music world held more interest for him than did the classroom.

Eventually Fred brought “Judy in Disguise (with Glasses)” to his band, only to find that most of the members hated it. After all, they groused, theirs was a respectable R&B outfit and above such nonsense.

But Fred prevailed, assuring his skeptical pals that they were sitting on a potential smash and that “Judy” offered a ticket to the big time.

Despite the Playboys’ objections, “Judy in Disguise (with Glasses)” was recorded. It featured a cacophony of brass, strings, piano, sitar, bass, drums, and guitar. And gasps and moans. And ascending strings that matched the Beatles’ “A Day in the Life.”

Coincidentally, it was John Fred and His Playboy Band’s goofy novelty that knocked the Fab Four’s “Hello Goodbye” out of first place on the Billboard chart.

When “Judy in Disguise (with Glasses)” hit worldwide, John Fred and His Playboy Band toured both America and the U.K. In England, they met Paul McCartney and John Lennon, who both loved the parody. Wordplay-loving Lennon even joked that, when he went home that day, he was going to sit down and write a similar fun song.

He said he would call it “Froggy in a Pond with Spectacles.”