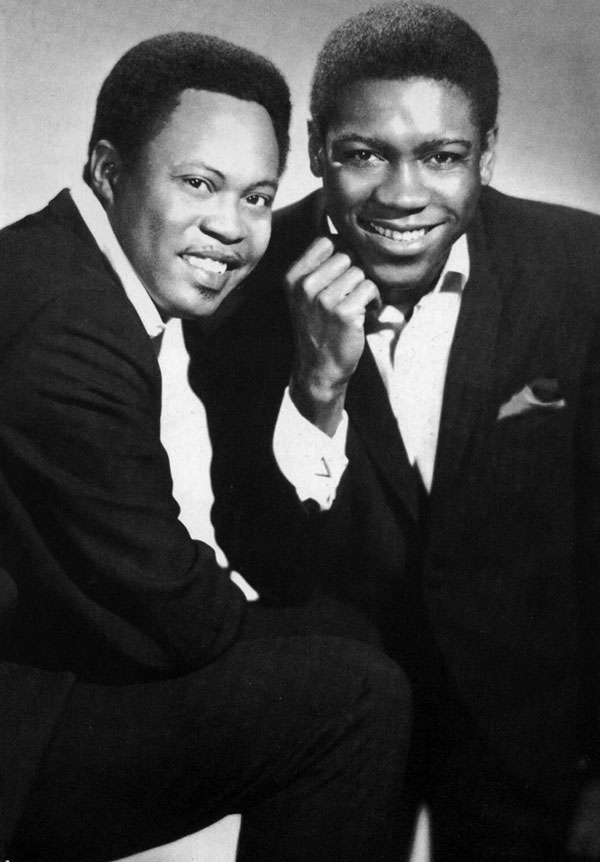 In their shows, Sam Moore and Dave Prater became a freewheeling bundle of collective energy, joyfully bobbing, weaving, and gyrating, and all the while singing at full throttle.

Popular among the many nicknames the duo earned was “The Sultans of Sweat,” as every high-energy performance left actual tiny lakes of perspiration onstage.

In Rhythm and the Blues, Atlantic Records’ Jerry Wexler said, “Their live act was filled with animation, harmony, and seeming goodwill.”

Oh? That “seeming” goodwill apparently wasn’t directed at each other, as the pair endured a tumultuous partnership for the two decades they performed together.

Moore and Prater would often arrive at concert venues separately, each demanding his own dressing room. During concerts, they usually managed to avoid eye contact with the other. Apparently the two once went a dozen years without even speaking to each other offstage.

Each artist had his own litany of complaints about the other. Moore said he abhorred Prater’s drug usage and constant griping about wanting to do a solo act with new material.

Prater, in turn, groused that it was Moore who wanted to work alone and stop performing the Sam and Dave catalogue of hits—which, according to Prater, Moore never liked much anyway.

Tenor Moore and baritone/tenor Prater rose to fame as the quintessential American soul act. Both had come from Southern church backgrounds.

Moore once sang with a doo-wop group called the Majestics but later switched to such gospel outfits as the Gales and the Mellonaires. Prater had sung in his church choir and eventually became part of the gospel-based Sensational Hummingbirds.

When the pair met by chance at a Miami club, they soon found themselves performing together, their onstage chemistry delighting appreciative audiences who only saw two African-American men having fun and loving their work.

In 1967, Sam and Dave recorded their biggest hit, “Soul Man,” on the Memphis-based Stax Records label. It reached No. 1 on the soul charts and No. 2 on the pop lists, and it won a Grammy the following year.

“Soul Man” had come about when co-writer Isaac Hayes was inspired by a 1967 TV newscast of a Detroit riot. Many black-owned buildings had been marked with a single, boldly lettered word: SOUL.

This inspired Hayes and his writing partner, David Porter, to develop the Sam and Dave classic.

“It was the idea of one’s struggle to rise above his present conditions,” Hayes explained in the book Soulsville USA. “It’s almost a tune [where it’s] kind of like boasting, ‘I’m a soul man.’ … It’s a pride thing.”

In November 1978, the Blues Brothers—comics Dan Aykroyd and John Belushi—performed “Soul Man” on Saturday Night Live. When they cut their own version of the classic song, retaining the original blaring horns and stinging guitar licks, the hit remake on Atlantic Records reached a whole new audience.

Despite their career-long personal turmoil, Sam and Dave were elected to the prestigious Rock and Roll Hall of Fame, which tacitly acknowledged the duo’s masterful transition of gospel music’s elements into the popular music mainstream.