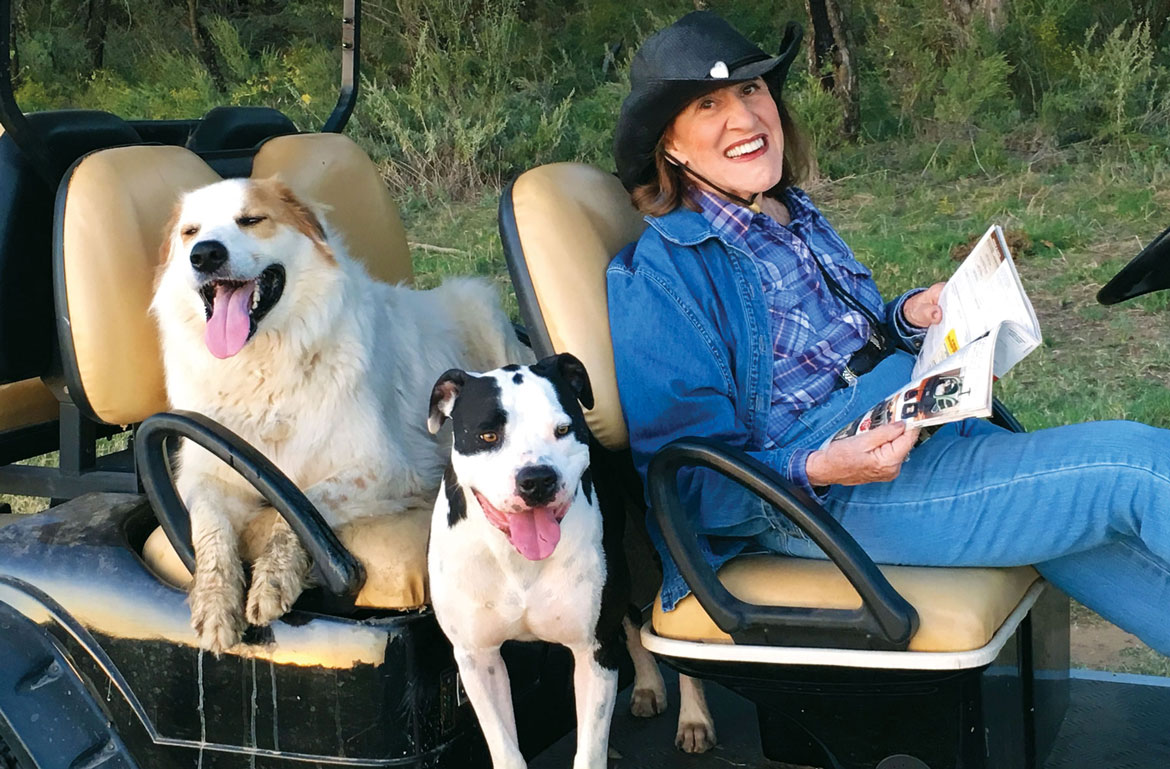 Short in both stature and patience, the feisty, diminutive spinster’s victims—such as Dean Martin or Frank Sinatra—were more likely to be paralyzed by laughter than fear.

Portrayed by comedic actress Ruth Buzzi in the late-’60s TV show Laugh-In, Gladys soon found her way into the popular culture of the day, landing guest spots on other shows such as the Dean Martin Celebrity Roasts of the ’70s.

Today, Buzzi—who turned 80 last year—is now chilling out on a 600-acre cattle and horse ranch in the Lone Star State with husband Kent Perkins. But what of Gladys?

“She’s retired, waiting to go to the Smithsonian Museum in a box!” noted Buzzi. “I haven’t appeared as Gladys in so long, but she was always fun to do.”

If Buzzi’s return visits to Hollywood are any indication, Gladys still has her fans.

“So many people ask me to hit them with my purse. In fact, a few years ago we were at a Beverly Hills party and in walked Elton John. He immediately made his way over to me and said, ‘For God’s sakes, Ruth, please hit me with your purse. That’s been on my bucket list for years!’”

Growing up in the Connecticut/Rhode Island region, young Buzzi moved out West, where she attended college in Pasadena and began appearing in revues. Early on, she formed a comedy duo with Dom DeLuise.

“We were together working small comedy venues,” she recalled. “He asked me to be his ‘magician’s helper,’ and I named her Shakundala. We wrote several bits, and they all just killed the audience.

“Soon we were spotted by The Entertainers’ host, our friend Carol Burnett. She was ahead of us career-wise, already on a big hit series, and it was a huge thrill to go out and get a fantastic audience reaction with our silly magic act.” 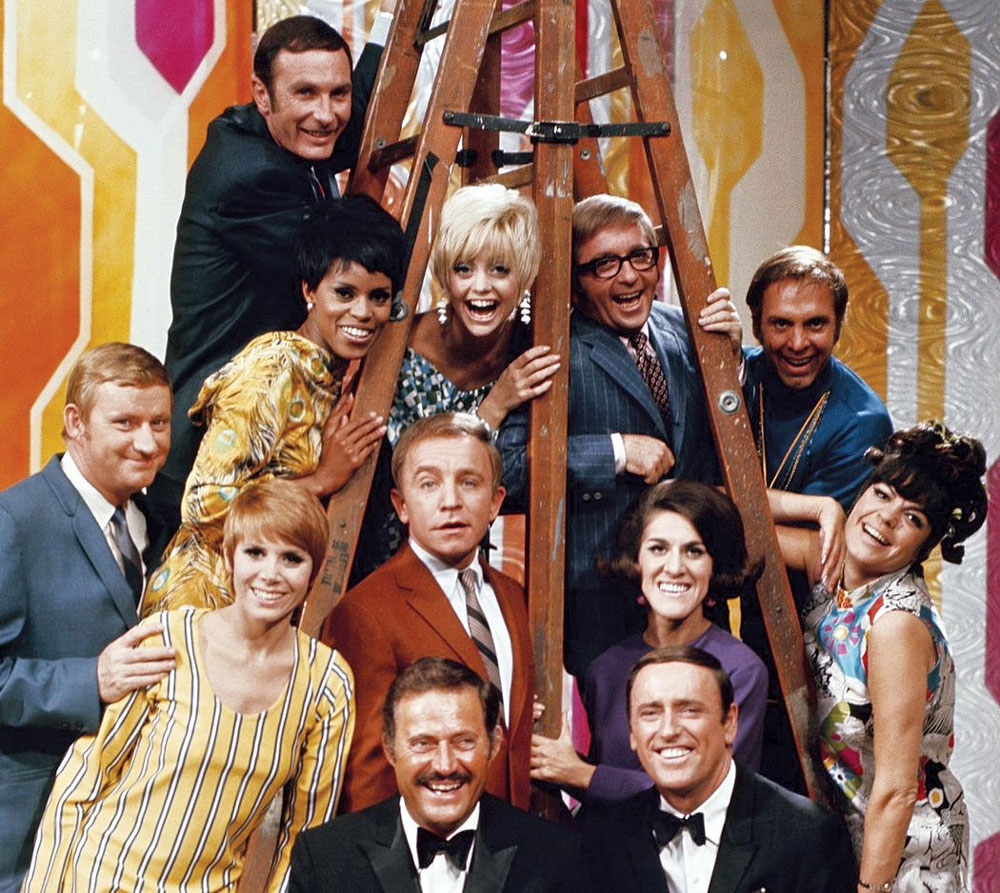 Despite being best known for one Laugh-In character, Gladys wasn’t her favorite. Yet she remains grateful for the frumpy, little old lady.

“My favorite character to play was actually ‘Doris Sidebottom,’ the sloppy drunk,” she explained. “I also had fun with ‘Busy Buzzi,’ the gossip columnist, and my hooker character, ‘Kim Hither.’”

Buzzi is also quick to credit others who helped refine Gladys.

“She is mostly a creation of mine from my rendition of Agnes Gooch in Auntie Mame,” she explained. “But she got more refined by the writers on Laugh-In, and it was Arte Johnson’s brother, Coslough ‘Cos’ Johnson—a very funny guy, too—who actually thought of putting Arte and me together as ‘Tyrone and Gladys’ on the show.”

Her later appearances with Dean Martin were always highly anticipated by the audiences and guests.

“The audience was aware someone would get beaten to a pulp, and they were never disappointed.” Contrary to appearances, her handbag lashings were harmless.

“No, it didn’t hurt,” she revealed. “It looked vicious, but it was just a felt purse lined and filled with old pantyhose and cotton. I was able to swing it with all my might and it still wouldn’t hurt anyone, although it looked great and sounded great with a ‘thud’ when it landed.”

But did she ever consider stuffing a horseshoe in her purse to batter someone who was particularly annoying?

“Yes, you, if this interview doesn’t wind down pretty soon!”

Today, Buzzi and Perkins are happily retired on their Texas ranch in Erath County, about 60 miles from Dallas/Fort Worth.

“Living in the beauty and solitude of this ranch is the perfect way to unwind from a hectic career and the hustle and bustle of Hollywood.”

Nick Thomas teaches at Auburn University at Montgomery, Ala., and has written features, columns, and interviews for over 600 magazines and newspapers.