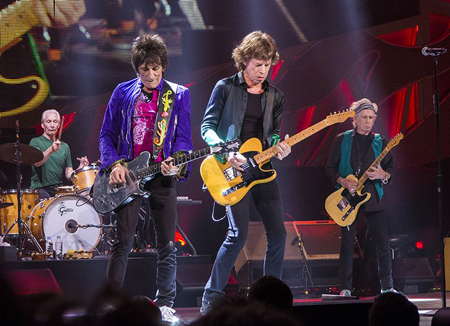 Teamwork Holds the Rolling Stones Together

Even after playing together for more than 50 years, the Rolling Stones still understand the value of practicing together.

According to the Scoro website, the band commits to two months of rehearsal before every tour.

The routine helps them reconnect with each other’s rhythms until they can communicate and perform almost telepathically — Keith Richards knows what’s going on just by watching Charlie Watts’ left hand, for example. If the tempo of the show starts to sag, a single quick glance between the two sparks a pickup in the pace.

The group understands each member’s distinctive roles: Richards is the band’s spiritual leader, Watts is the backbone, Ronnie Wood is the mediator, and lead singer Mick Jagger is the CEO, in charge of everything.

“This is the secret to becoming an excellent team,” the website says. “There is no substitute for the ongoing commitment and deliberate practice required to build better teams.”