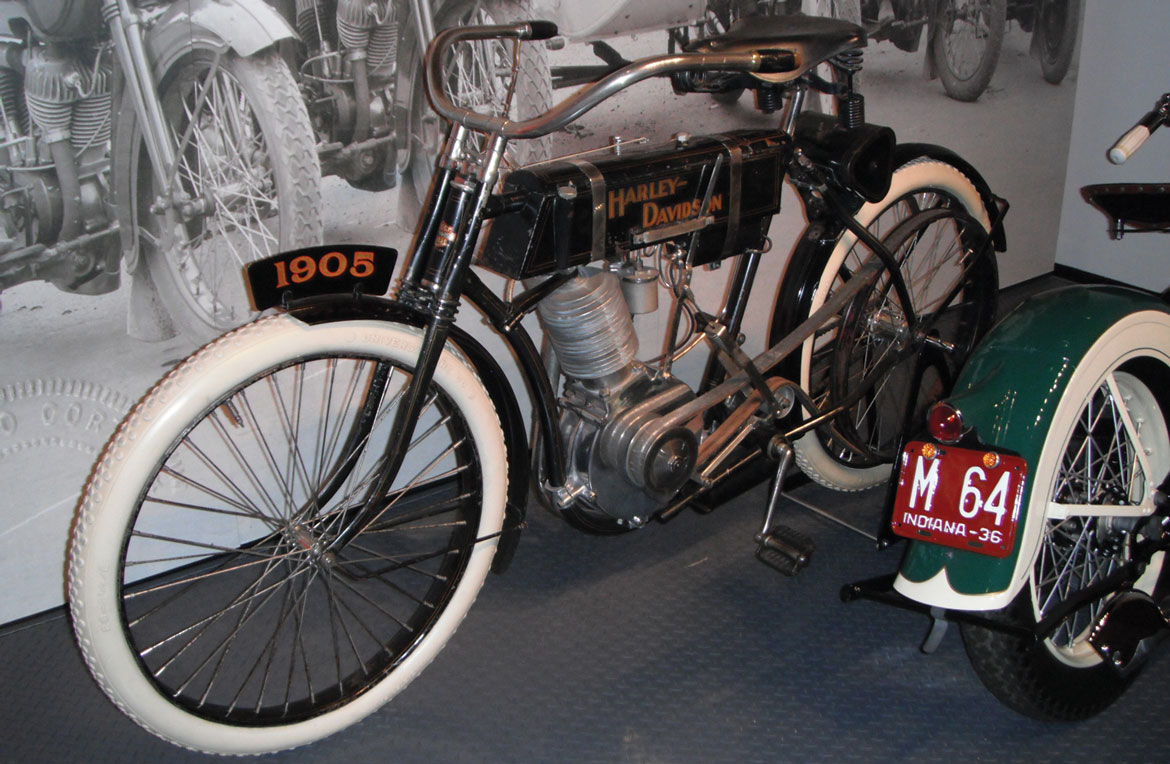 To some, a motorcycle is just a vehicle. To motorcycle enthusiasts, collectors, and historians, motorcycles are so much more.

At a time when areas of the country were referred to simply as “Indian Territory” (such as the state of Oklahoma prior to 1906), the motorcycle offered a groundbreaking advancement in technology.

In the early 1900s, the two most popular American brands were Harley-Davidson and Indian. Of course, Harley-Davidson continued into the 21st century and documented a long and important history among the ranks of great American industries.

The Indian brand, a firm that produced motorbikes and motorcycles (including the classic Indian Chief model) until 1954, was known for highly stylized bikes that could get the job done in grand style.

However, Harley-Davidson made one of the first production motorcycles, circa 1905. It was a single-cylinder motor mounted to a reinforced bicycle frame that is credited with winning the old West.

Harley only made 16 of these models in 1905, adding to its rarity on today’s collectors market.

Just like other collectibles, vintage motorcycles drive their market based on visual appeal, background or provenance (who once owned the bike), race history, technological innovation, and originality.

Some tips for newcomers to the world of motorcycle collecting: numbers on the frame and the engine should match; experts can tell when a serial number has been ground down and re-stamped; and too much shine and sparkle may mean too much restoration, and that could be a bad thing.

Pay attention to the details, as they can cost you big bucks.

You might be surprised to learn that sales for antique (pre-1912) or vintage motorcycles have nearly doubled in the last decade. That’s right: Not only are motorcycle enthusiasts serious about their bikes, but they are also spending serious money collecting motorcycles.

For about $10,000, you can get a 1950s Triumph — the kind of motorcycle made famous by Marlon Brando in The Wild One film — and be the envy of your friends.

And it has been noted that Italian bikes have it all. If you are looking for an artful motorcycle, consider the Ducati 916.

Looking back, a rare 1907 Harley strap tank with original paint stunned collectors when it brought $175,000 at an auction a few years ago. Its seller had the bike tucked away in a Nebraska barn for nearly a century.

Custom brands with a cult following — like Indian, Cyclone, and Excelsior — attract tried-and-true collectors too.

If you are true motorcycle aficionado, consider one that highlights the icon ride’s impact. Rev those engines.