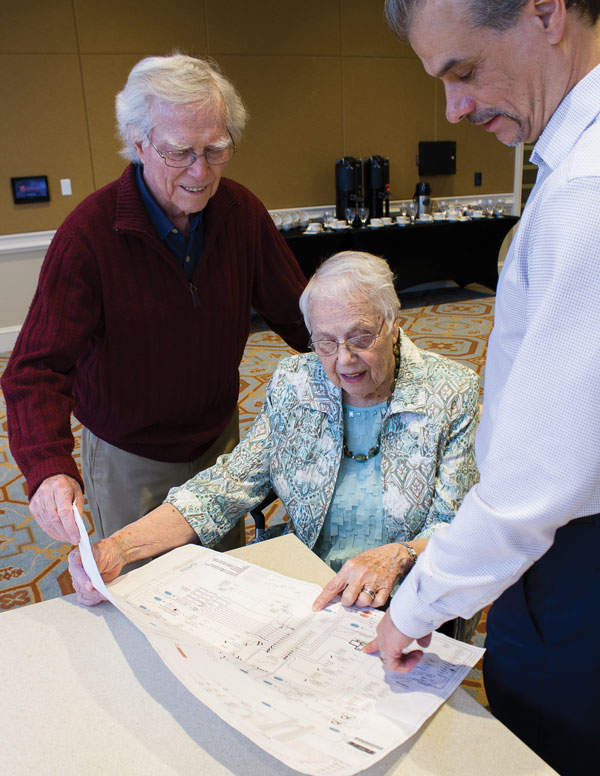 Frequently a source of frustration for those with hearing aids and cochlear implants, the problem of unclear audio in reception halls, theaters, churches, auditoriums, or other public spaces is eliminated by the facility’s installation of a hearing loop.

“Research (and experience) shows that people with hearing loss may find it difficult to hear the spoken word in places with ambient noise or poor room acoustics,” Karin Bisbee, communications director for Messiah Lifeways, said.

A hearing loop, also called an induction loop or audio frequency loop, consists of a copper wire installed under the flooring that encircles the entire perimeter of the room. The wire generates a magnetic field that then transfers the audio directly to a wearer’s hearing aids or cochlear implants, according to Healthy Hearing (www.healthyhearing.com).

All that’s required of the user is to activate the telecoil function on their hearing aid or implant, and the audio is broadcast directly to their device. Induction loops also work with PA systems, TVs, radios, smartphones, or tablets.

“The loop takes an audio feed from all the active sources in the room and sends them out,” Bisbee explained.

Although hearing-loop technology has been inexistence since the 1940s, its use in the United States has lagged behind Europe’s and has only begun gaining traction within the last several years.

During the construction of Messiah Village’s recently opened Village Square community, a resident approached the development team after seeing this technology in use at another community, Bisbee said.

The John N. Hostetter Enrichment Center, which is part of Village Square, is home to the Pathways Institute for Lifelong Learning and hosts many special events, “so high-quality sound and audiovisual systems are a must,” Bisbee said.

“After much research and conversation, we settled on installing an induction loop system under the carpet in Hostetter Enrichment Center.”

Dr. Paul Wengert, the resident who suggested the loop technology, also donated a charitable gift toward its installation, as did resident Eva Martin. Their contributions made the venue’s audio upgrade possible.

Use of a hearing loop also alleviates the self-consciousness many hearing-device users feel when forced to use headphones or a similar apparatus in public spaces.

“We are glad that our guests and residents will be able to experience a high quality of sound while maintaining their discretion,” Bisbee said. “The t-coil in most hearing aids will automatically pick up the enhanced sound, so there’s no need to wear a bulky device or use assistive equipment that draws attention to one’s hearing loss.

“It’s as simple as flipping a switch.” 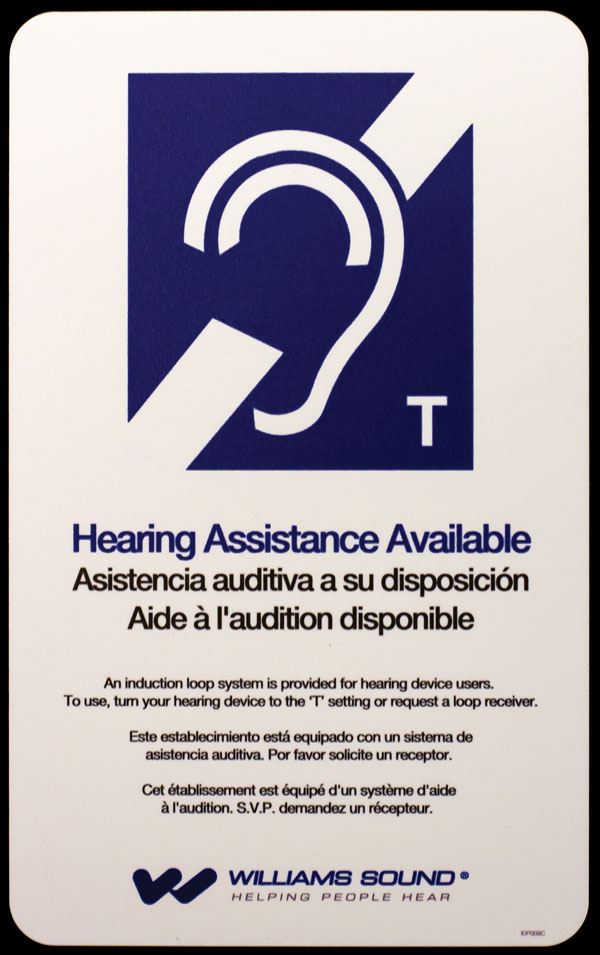