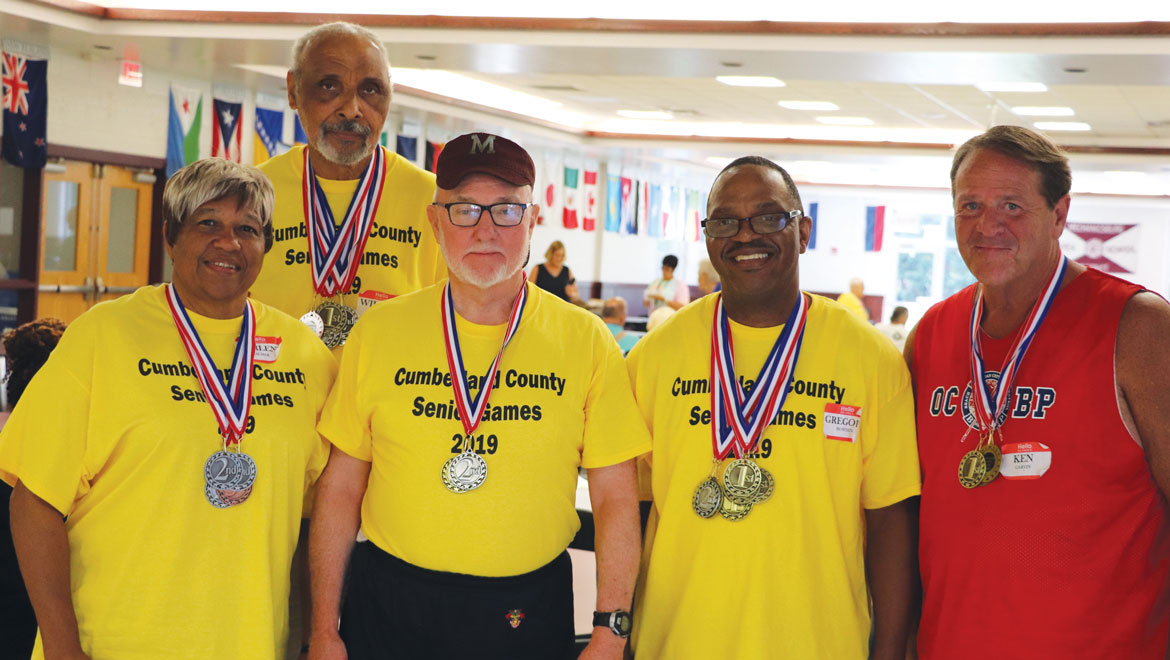 Anyone who spent any time in central Pennsylvania in mid-July of this year knows it was not a time to be outside.

For several days in a row, temperatures rose within spitting distance of 100 degrees, and the entire region was under an extreme heat advisory until the furnace-like air finally dissipated.

Luckily, organizers for the Cumberland County Senior Games, held July 18 in Mechanicsburg, had planned for the possibility that summer might act like summer.

“The only outdoor events we had were first thing in the morning,” Heather DeWire, clerical assistant with Cumberland County Aging & Community Services, said.

“We had pop tents down at the track for shade. We also had a large cooler of cold water down there. The heat was a concern, but we had two ambulances on standby, and everyone did wonderful!”

“We moved all of the events to the high school this year to eliminate the time the competitors spent on the shuttle bus going between the high school, senior center, and Soldiers and Sailors Memorial Park.”

“One of the best things about Senior Games is the collaboration between so many different entities,” Micklo said. “It takes our agency, Mechanicsburg Area School District, Mechanicsburg Parks and Recreation, Messiah Lifeways, and West Shore EMS to pull it off.

“Another community member that helps is Classic Drycleaners, whose donation of bottled water is very important.”

Cumberland County residents or county senior center members over age 50 are invited to compete in the Senior Games, which comprise more than a dozen athletic events.

“The most popular event this year was cornhole, with shuffleboard coming in a close second,” DeWire said.

Other changes for 2019 included splitting the 100- and 400-meter events into walking and running versions for each. Organizers introduced a 25-meter breast stroke to the swimming lineup as well.

“We also added a water aerobics demonstration with several people joining in and also using the pool for a leisurely swim,” Micklo said.

Attendance has continued to creep up each of the event’s last four years, for a total of 75 in 2019. Participants ranged in age from 51–94 — the games included two 94-year-old athletes, in fact.

“I love getting to see a lot of attendees from the previous years and getting to know the newbies!” DeWire said.

“It’s important for the community to see that just because you’re an older adult, it doesn’t mean you don’t have a competitive spirit and want to participate in events that are physically challenging,” Micklo added.

Generations intermingle at the Senior Games and, according to Micklo, the elders certainly hold their own.

Micklo recalled a 400-meter runner in his 70s who arrived late to the event. He was still permitted to perform his run but was told he would need to run by himself, which disappointed him.

A nearby senior center director — a 30-year-old half-marathon runner — overheard and offered to run with him.

“I remember thinking, ‘That is very nice of you to offer to run alongside him,’” Micklo said. “The end result: The older adult smoked the 30-year-old and beat her by 50 yards! It was a wonderful start to a wonderful day.”

Senior Games organizers value the feedback, both positive and negative, that players offer and use the comments to consider what to keep and what to potentially change for next year’s Senior Games.

Much of the feedback they receive isn’t verbal, however, but simply observed.

“You look around and see people catching up with friends from other years, laughing, joking … and just smiling,” DeWire said. “Does your heart good.” 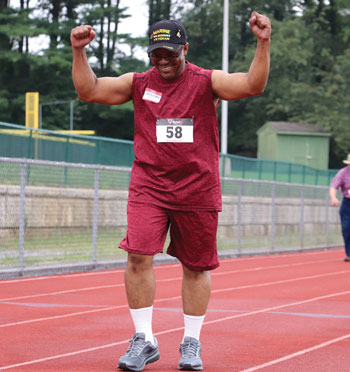 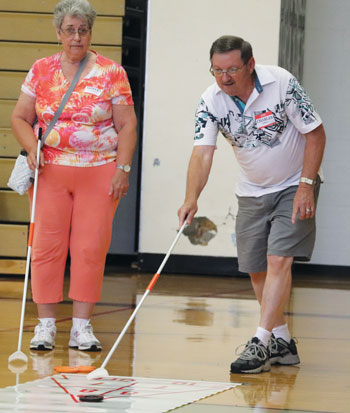 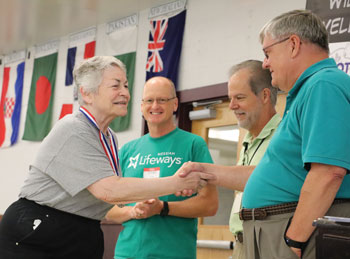